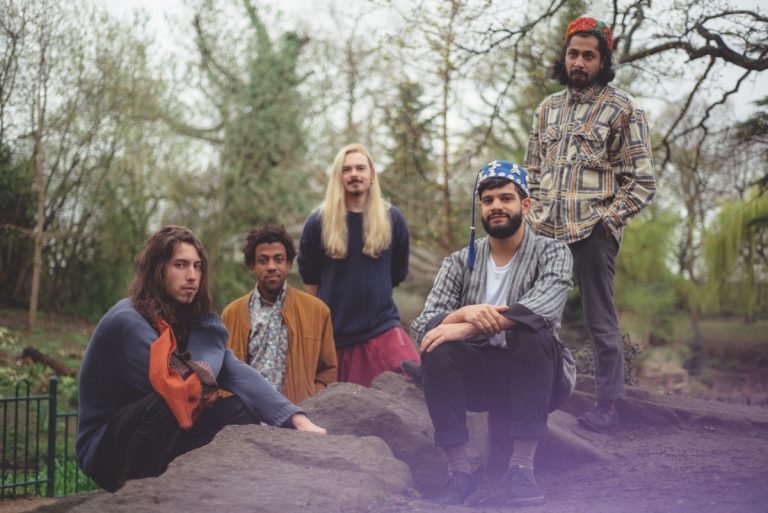 Flamingods have debuted their colourful, vibrant new video for latest single “Jungle Birds”. The band have gone from strength-to-strength since the release of their new album Majesty gaining plaudits from the likes of Gilles Peterson and Lauren Laverne, both of whom invited the band in for live sessions on BBC Radio 6 Music. They are currently finishing off a busy summer of festival appearances across UK and Europe, including packed out tents at Latitude, Green Man and many others. 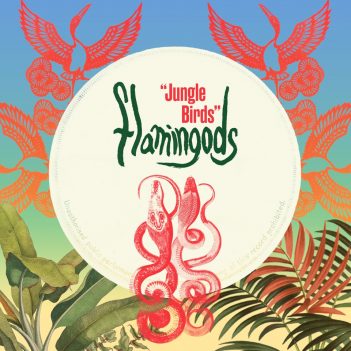 Directed and produced by Flamingods’ visual artist, Niall Trask the video takes influence from his previous job in the CBBC Art Department. Trask found his focus being brought to the early days of children’s television and inspired by their sometimes psychedelic nature:

“I heard an early version of ‘Jungle Birds’ around the same time, and thought it’s bouncy, colourful, playful nature could work well with these visual influences.”

Charles Prest from the band describes making the track:

“All of us in the band had started to delve deep into exotica and Bollywood funk music from the 50s through to the 70s, and we had this idea of wanting to breathe new life into that sound, mixing it with modern day electronica.The title was derived from one of our favourite Tito Puente tracks ‘Call of the Jungle Birds’”

“Jungle Birds” is out on Friday 26th August along with remixes from Ibibio Sound Machine, Alphabets Heaven and Ben Hayes. They will be playing the Soundcrash Quantic Carnival after-party at Stour Space on Sunday 28th August.