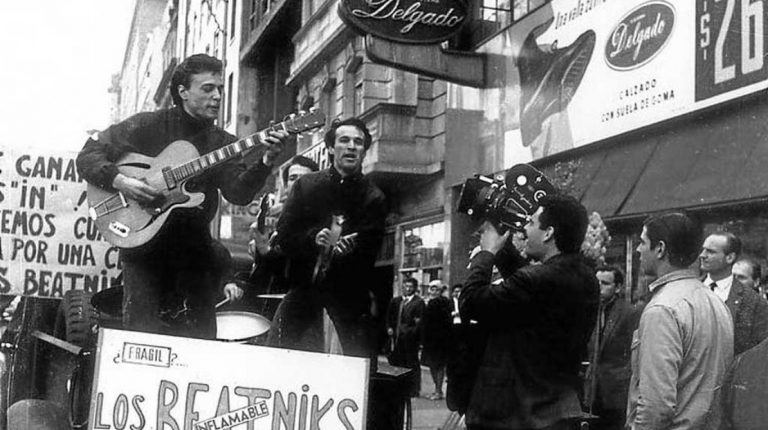 There can be few better candidates for choosing a playlist of experimental Argentine rock classics than Alan Courtis. As a member of Reynols and now as a solo artist he has garnered a reputation as one of Argentina’s most visionary guitarists and composers, one willing to deconstruct both music itself as well as the preconceived ideas about how music should be presented, talked about and digested (you can read more about his work in this interview article). It was for all of these reasons that we asked Alan to write an essay on experimental rock music from Argentina in the 60s and 70s, an article entitled “From ‘Rebelde’ To ‘Tontos’: Retracing The Footsteps of Experimental Argentine Rock” which he put together for our Sounds and Colours Argentina book (which is available here).

Adding to that article, and to give you a glimpse into the experimentalism that was so prevalent in Argentine rock music during the 60s and 70s, is this hand-picked selection of tunes from Alan, a showcase of what Argentine rock sounded like in its early days. Featuring legendary figures and bands like Luis Alberto Spinetta, Tanguito, Moris, Miguel Abuelo and Pappo’s Blues, these tracks pushed the limits of rock music and continue to be an inspiration to generation after generation of Latin musicians.

The list of all of Alan’s selection are below, and can be watched in full via the following YouTube playlist. You can also listen to 15 of the selections (as the others aren’t available) via the Spotify playlist further down.

The tracks featured on these playlists are as follows:

Alan Courtis’ article “From ‘Rebelde’ To ‘Tontos’: Retracing The Footsteps of Experimental Argentine Rock” is featured in Sounds and Colours Argentina and available from soundsandcolours.com/issues/sounds-and-colours-argentina