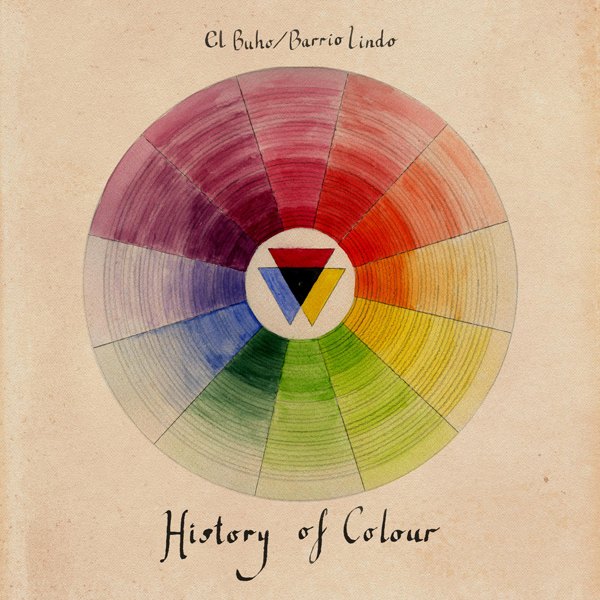 On the 8th anniversary of the hugely-influential Argentine record label ZZK Records we are over the moon to be able to bring you this exclusive mixtape featuring two of their most recent signings.

This mixtape has been produced to celebrate the release of El Buho & Barrio Lindo‘s new collaborative EP History of Colour, a record that’s soaked in the new sounds of Latin American electronica, taking the dreamy beats of acts like Boards of Canada or Autechre into the multi-coloured expanses of Latin America, picking up a multitude of Andean textures and Rio Platense folklore along the way.

History of Colour is a record that was made long-distance. Although both El Buho (aka Robin Perkins) and Barrio Lindo (aka Agustín Rivaldo) were living in Buenos Aires at the same time a few years ago – and attending many a ZZK Records’ night too – they never met. Instead, their first correspondence came over the Internet and gave birth to this project, with the two producers sending each other ideas via digital means, criss-crossing continents from El Buho’s base in Amsterdam to Barrio Lindo in Buenos Aires. The EP has been described “a celebration of the meeting point between Latin America and Europe both in the project and the music itself – marrying strands of folklore (charango, shakers, ocarina, dizi flute) found sounds (rain drops, barking dogs, birds chirping) and electronica (synths, laptops).”

The History of Colour EP and mixtape are great examples of how Latin American electronica is growing, and especially the ZZK Records roster, expanding from it’s original “digital cumbia” label. It’s no surprise that ZZK are calling History of Colour the beginning of ZZK 2.0.

Listen to the History of Colour Mixtape below for a taster of what to expect from the album, as well as some choice tracks from Quantic, Tremor, Nicola Cruz and Weste, artists who share a love for both Latin American folklore and forward-thinking electronic music with El Buho and Barrio Lindo.

You can find out more about History of Colour, including links to buy and stream the EP at zzkrecords.com/historyofcolour

Tracklisting is as follows: