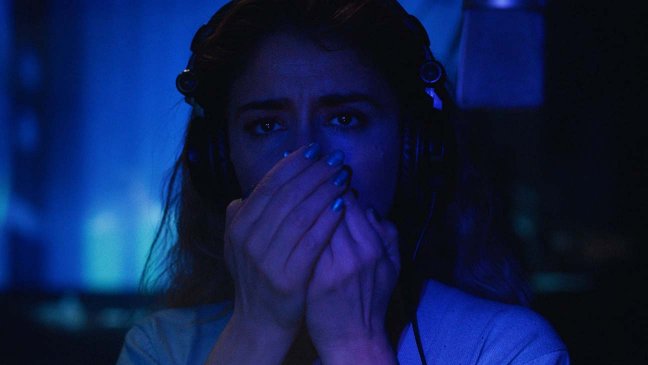 ‘The Intruder’: Horror, Joy and a Topnotch Cast

The Intruder (2020, directed by Natalia Meta, originally titled El Prófugo) is one of a handful of Latin American films being shown at the 64th BFI London Film Festival 2020, running until 18 October. A Best Film Golden Berlin Bear nominee at the Berlin International Film Festival 2020, it is an adaptation from C. E. Feiling’s cult novel El Mal Menor, published in 1996. The story revolves around voice actress and singer Inés, who suffers from nightmares which are intensified after a traumatic event involving her lover.

Following on Natalia Meta’s debut as a feature director with the crime story Death in Buenos Aires (2014), her sophomore feature film successfully bends genres, mixing elements of elegant psychological thrillers with tongue-in-cheek artifices of B horror films. Is Inés paranoid or is she possessed? Meta, who also wrote the adapted screenplay, has done a superb job blurring the lines between what is real and what is potentially imagined from the very beginning. The fact that the film never indulges in over-explaining the events which it depicts, instead taking the audience along the main character’s decent into a rabbit hole of madness is a refreshing solution which manages to keep one’s interest.

The choice of cinematography which contrasts warm and cool colours, as well as of a sound design which explores both the silence and sinister sounds well known in the genre, lend the production a welcome aura of the films directed by Dario Argento – who came into fashion again in recent years with the remake of Suspiria (1977) in 2018, by Luca Guadagnino. Not to be ignored as well is the absurdist influence of Pedro Almodóvar’s films, ultimately represented by the casting of one of his early muses, the wonderful Celia Roth (Dark Habits) as Inés’s tyrannical mother, Marta.

Another great performance is given by Nahuel Pérez Biscayart (120 BPM) as Alberto, a clumsy and seductive pipe organ tuner – his little dance to Ney Matogrosso’s song Homem com H is one of the film’s highlights. However, Erica Rivas (Wild Tales) steals the show as the main character, delivering a performance tinged with strong colours but which never removes a sense of realness from Inés – even in the ending scene, when she’s fully integrated with whatever intruded her psyche, singing with the female choir she’s part of to the contagious song Amor, by Los Auténticos Decandentes featuring Mon Laferte. I’m still dancing to it!

The Intruder is being shown at the 2020 BFI London Film Festival from Monday 12 to Thursday 15 October at 20:30 BST. See below for a clip from the film.