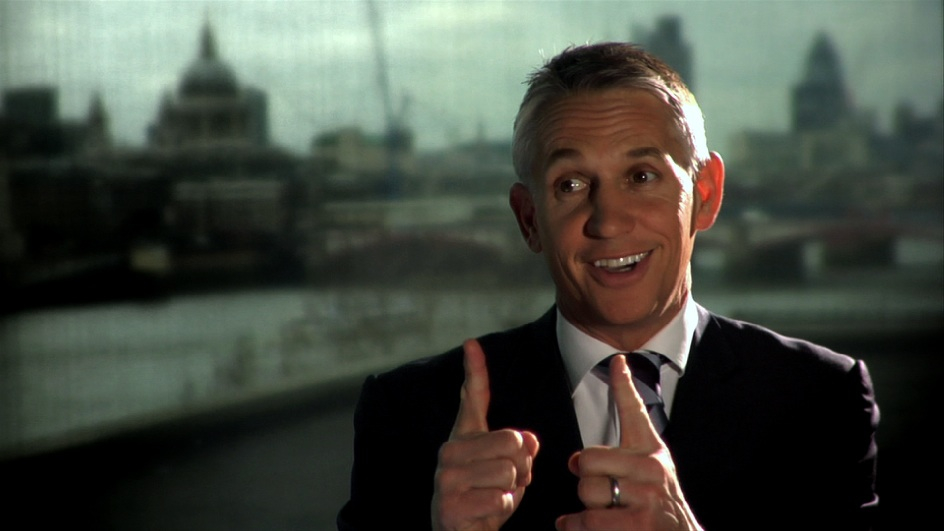 The Lost World Cup (El Mundial Olvidado) is an ambiguous piece of work on the World Cup of 1942. What? Yes, that’s right, 1942! It’s all there in the tantalising photographs behind the bar at Pulperia, Banda del Medio, Patagonia, Argentina.

The initial ruse of the film is that there was a World Cup held in Patagonia in the midst of World War II, a ruse that slowly unravels in self-parody and moves on to more important things. Yet for a time a least, the viewer could believe – however improbable – that such an event might have taken place – albeit without official FIFA endorsement. It would have been a sort of idealistic counterpoint to a world that has so often chosen conflict and irrationality over diplomacy and reason.

Ron Greenwood, a former England manager, once opined: “Football’s all about disappointment.” Well, myth, legend, truth, hyperbole, litotes and inanity, are always on the team sheet in the game of two halves. João Havelange, says, “Even if it is a legend, it’s important to football.” Well, this film crafts a rather nice little legend to reveal a wider truth that’s not just about football.

For instance, where else in a nominal documentary about football, could you find a Leni Riefenstahl-like Jewish photographer involved in a “love square” with an ageing Argentine-Italian ex-wedding photographer; a bespectacled Nazi centre forward; a Mapuche Indian goalie with hypnotic powers and a mysterious Hungarian Count? Well, here they all are. Just pour yourself a gourd, get a bombilla and settle down to an infusion of mate and matter, mate.

The Lost World Cup tells the story of a non-event as “an event”, and it does a thorough job of twisting the documentary format, stereotypes, parody and pastiche into an enjoyable film. When it could labour under the imaginary event, it manages deftly with humour, anachronism, observation and the surreal, to come up with something altogether more interesting. In passing it also does a great job for Argentine tango music; the scenery of Patagonia; the survival of the Mapuche culture; Patagonia’s immigrant past (esp. in Zapala, Neuquén, General Roca and Cipolletti) but, alas, nothing for the boss of Ferrocarriles Argentinos. How could he have let Cipolletti station, Rio Negro, get into such a state? It looks like it must be like alighting from a train into a field of sugar cane. Still, there is something majestic in the camera-work and the rundown grandeur which records what one escapee from Italian Fascism, Martin Ferri, former owner of Pulperia, describes as “this god-forsaken land”.

Of Football And Men

Someone, once, had great plans for Patagonia. In 1904, the Argentine government gave a concession of six million hectares (or 5.55m football pitches) to 137 British investors. The locals, the Tehuelche and Mapuche, suffered grievously at the hands of the British and Argentines, respectively. Yet, what follows, has all the hallmarks of terminal decline.

An Orange For Half-time

The history of Patagonia is really the film’s theme over which football and politics form a thin but entertaining veil. El Mundial Olvidado is a metaphor, perhaps, more for something forgotten than lost. Like the FIFA World Cup of 1942 it existed more as a work of fiction, a work in plan, or a figment of the imagination that existed in reality. It was all there but then it wasn’t. Just like the character Helene Schmikas Otz’s love life, the final outcome had a quite distinctive character. So it is with Patagonia, football and humanity. You need everyone to participate to get the best result, yet that result somehow remains strangely elusive and intangible.

Count Vladimir von Otz, the Hungarian hero and Minister of Sport of the Kingdom of Patagonia under King Antonio Bernardo III, who organises the 1942 World Cup, sounds fanciful, but only until you find out that there was a Frenchmen who declared himself King of Araucanía and Patagonia in the 19th century and that one of his descendants was King Antonio Bernardo III. Even William “Butch” Cassidy, the bank robber son of an even more famous bank robber, gets in on the act. Art and reality are at it again.

Of Nations and Peccadillos

Aside from the usual refrain that “I was out” when Nazism was at its height, we are treated to all the various peccadillos of the nations that love “el fútbol encantador”: controversy, corruption, arrogance, foul play, hypochondria, paranoia, racism, skill and three possible results/interpretations for the final game. Indeed, in speech and action, there are self-conscious asides to the folkloric status of football and contributions made by the sum of its participants. As Jorge Valdano says of the World Cup of 1942, “It’s a myth surrounded by mystery.” This might do as a paradoxical description of the film, Patagonia, football, life, reality and everything else.

The film is being shown at the Ritzy Brixton, London, on the 21st April at 5.30pm as part of the 2nd Argentine Film Festival. The directors of this Argentine-Italian collaboration, Lorenzo Garzella and Filippo Macelloni, will be on hand to answer audience questions after the screening.