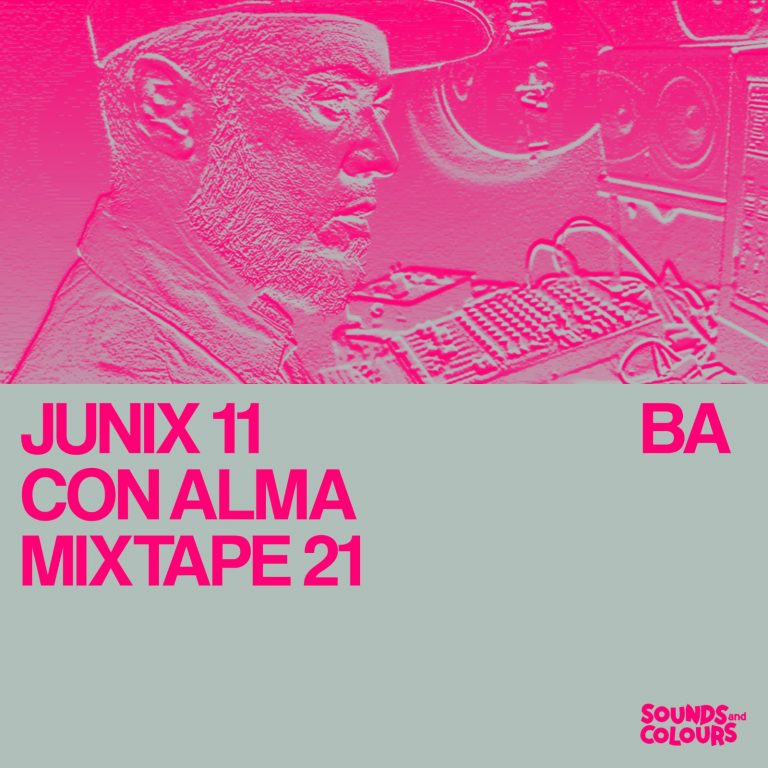 Bahia-born sound artist, multi-instrumentalist and producer Junix 11 is woven into the very tapestry of Brazilian cultural production. A sought-after collaborator and producer, Junix 11 has worked extensively with artists and groups such as BaianaSystem, Arto Lindsay, Carlinhos Brown and Lucas Santtana, meanwhile, in 2020, he scored the original soundtrack to the film Samba de Santo – Resistência Afro-Baiana in partnership with audiovisual artist Andrea May. Having struck up a relationship with nascent superstar Josyara while producing her 2018 album Mansa Fúria, he impressed last year while on production duties for Josyara’s 2020 collaborative album with Giovani Cidreira, Estreite. Meanwhile, always engaged in electronic experimentation, the prolific multi-instrumentalist dazzled at December’s F[R]ESTA: FESTIVAL DE IMPROVISAÇÃO, where he showcased his consummate skills as a free improvisor. It’s a joy to have him sit in for this morning’s Con Alma Mixtape.

“For this moment, I mixed tracks that harmonised part of the sound universe that my soul most connects with, mixing together some songs in which I participate as a guitarist (*) and/or music producer (**) with other works in order to draw a line of sensorial and spiritual listening. I invite the listener to experience the beginning of the week through contemporary sounds and ethnic matrixes, transforming Monday into a portal for reflection, faith and courage .”