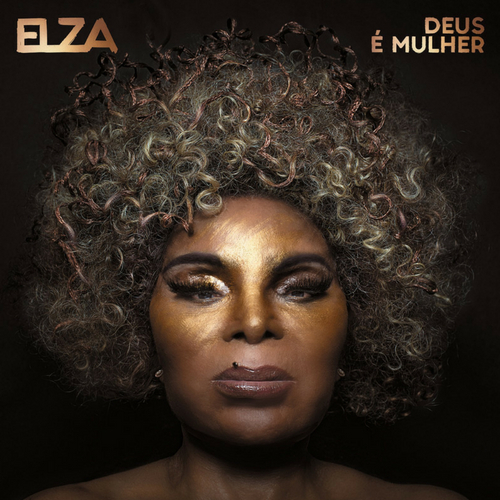 Following on from the huge critical success of A Mulher Do Fim Do Mundo (The Woman At The End Of The World), Elza Soares returns with a follow-up album of sorts.

Deus é Mulher (Translating as “God Is A Woman”) retains the same musical team as the previous album, with Guilherme Kastrup as producer and additional production from Romulo Fróes, Marcelo Cabral, Rodrigo Campos and Kiko Dinucci. However, unlike the previous album – which received some criticism in Brazil for not featuring enough female songwriters and musicians – this album has a stronger female participation with Mariá Portugal and Maria Beraldo both playing in the band, and with songs by Tulipa Ruiz and Alice Coutinho. Considering the name of the album these contributions seem essential in addressing an underlying theme of the album (and which was also the case with A Mulher) and that’s the subjugation of women.

The album was released by Deck in Brazil on Friday 18th May and is currently available digitally. Expect to hear of details of a physical and international release in the near future.