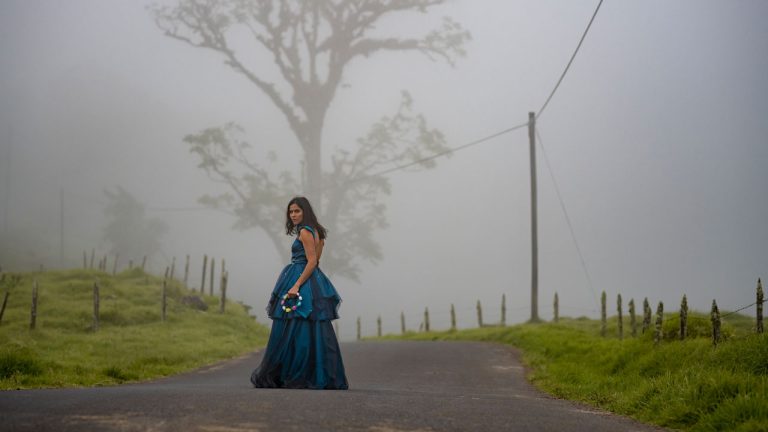 The BFI London Film Festival, which kicks off this Wednesday 6th October, is overflowing with influences from Latin America this year.

Headlining the selection, are two of Latin America’s most exciting and provocative directors. Chile’s Pablo Larrain and Mexico’s Michel Franco. who are both presenting English-language films at this year’s festival.

Larrain offers a unique perspective on the British Royal Family in his bio drama, Spencer. Kirsten Stewart takes on the role of a Princess Diana struggling to meet the expectations placed upon her during a Christmas weekend at Sandringham in the 1990s. Michel Franco´s uncompromising Sundown, in the Official Competition, stars Tim Roth as a man trying to reinvent himself.

Also screening in the Official Competition is Paolo Sorrentino’s semi-autobiographical The Hand of God. This hilarious family tale is set in a Maradona-obsessed Naples of the 1980’s. In Memoria, showing at a Special Presentation, Tilda Swinton navigates the aural richness of Bogota as she roams the city in search of an explanation for a mysterious sound. This is Apichapong Weerashakul’s first film to be shot outside of Thailand, and will represent Colombia at the next Oscars.

Mexico has six features across six sections of the festival this year. The female experience of the drugs war is brought to light in Tatiana Huesco’s Prayers for the Stolen, in the First Feature Competition. The film shows life in a town at war as seen through the eyes of three young girls on the path to adolescence.  Angeles Cruz, another Mexican female filmmaker, will present her film Nudo Mixteco in the Thrill section. The film centres on three indigenous women challenging the toxicity of a patriarchal culture. In the Dare and Thrill sections, Lorenzo Vigas’ The Box, and Joaquin del Paso’s The Hole in the Fence are unusual coming-of-age tales. In the Documentary competition, Alonso Ruizpalacios follows two Mexico City police officers on the beat in the intriguing A Cop Movie.

Netflix’s long-awaited mini-series Maya and the Three from Jorge R. Gutiérrez (The Book of Life) will have four episodes shown on the big screen. The series, hailed as ‘A love letter to Mexican culture’ is also accompanied by two Mexican shorts in the Experimenta section.

Argentina brings the first six episodes from the delightful web series 4 Feet High, in which 17-year old Juana wants to lose her virginity and won’t let her wheelchair stop her. All is Vanity, from Argentine director Marcos Mereles, in the Dare strand, is an inventive satire of the hipster fashion world. In contrast, Andreas Fontana’s sobering Azor in the First Feature Competition, is a tense thriller exploring the dealings of Swiss banks in Argentina during the dark years of the military dictatorship.

Leonardo Martinelli’s short, Fantasma Neon, a musical about a delivery man, is the only film to feature from Brazil this year, a reflection perhaps, of the standstill in which the Brazilian film industry currently finds itself.

This year is significant however, for Costa Rica, Dominican Republic and Haiti, as they all have outstanding female-led stories in the festival.

The 65th BFI London Film Festival runs from 6-17 October 2021 in cinemas across London, online and at partner venues nationwide.