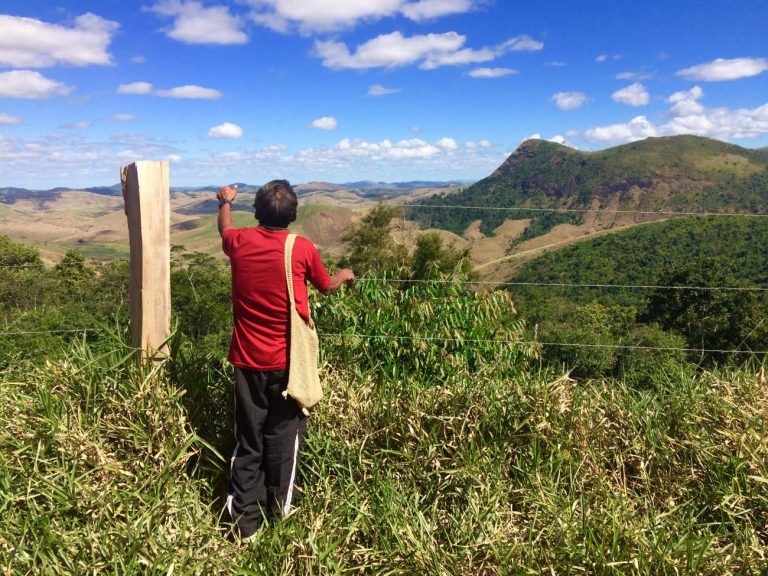 Three Latin American films have been awarded the top prizes at the 28th edition of the Sheffield DocFest (4-13 June 2021). Brazil’s Nũhũ Yãg Mũ Yõg Hãm: This Land Is Our Land!, directed by Isael Maxakali, Sueli Maxakali, Carolina Canguçu and Roberto Romero, won the best international film prize at the festival, while the Guatemalan film The Silence of the Mole (Anais Taracena) took the Tim Hetherington Award, with Colombia’s If God Were a Woman (Angélica Cervera) winning the Youth Jury Award. The films formed part of a total of 20 Latin American films screening throughout the festival that this year was held in Sheffield and online.

Nũhũ Yãg Mũ Yõg Hãm: This Land Is Our Land! also received a Special Mention for the Tim Hetherington Award, recognising a film and film-maker which best reflects the legacy of the late journalist. The Tim Hetherington Award was given to the Guatemalan film The Silence of the Mole (Anais Taracena) focusing on a journalist who called himself ‘The Mole’ who in the 1970s infiltrated the bowels of Guatemala’s most repressive government in order to help the resistance, accessing information about political violence that the military government had been planning. Today, the search for this unusual character probes the cracks in the walls of silence that surround this country’s hidden history.

Colombia’s If God Were a Woman (Angélica Cervera) was selected as this year’s winner of the Youth Jury Award. The film tells the story of Laura, who lives with her parents in L’Alfàz del Pi, in Valencia, and who started her transition three years ago. Laura now faces adolescence, and with it, a series of changes that will mean a new chapter for her and her family. Each decision they make could be definitive.

As well as the award winners, the 2021 edition of the Sheffield DocFest included an extensive selection of other Latin American documentaries in the International Competition and across four different strands, as well as a Chilean Spotlight of five films. In the Chilean Spotlight were: Night Shot, where eight years after being raped on a beach near Santiago, young film-maker Carolina Moscoso revisits the event showing the wounds of the abuse, the re-victimizing legal proceedings and the friendship that accompanies it; Los Reyes, Iván Osnovikoff and Bettina Perut’s study of Fútbol and Chola, two dogs who spend their days in a local skatepark; Harley Queen, directed by Carolina Adriazola and José Luis Sepúlveda, in which a woman strives to find her identity through a supervillain, dancer and mother in the Bajos de Mena town which is known as “Chile’s biggest ghetto” in Puente Alto, Santiago; Francisco Bermejo’s The Other One about two men sharing a shack by the sea; and Pachi Bustos’s Haydee and the Flying Fish, where after seeking justice for victims of human rights violations for the last 40 years, Haydee faces her most intimate battle; the end of a long and historic trial that condemns her torturers and the murderers of her unborn child.

Read our reviews of two of the Brazilian films at the 2021 Sheffield DocFest, Narcissus off Duty and Alvorada Palace.