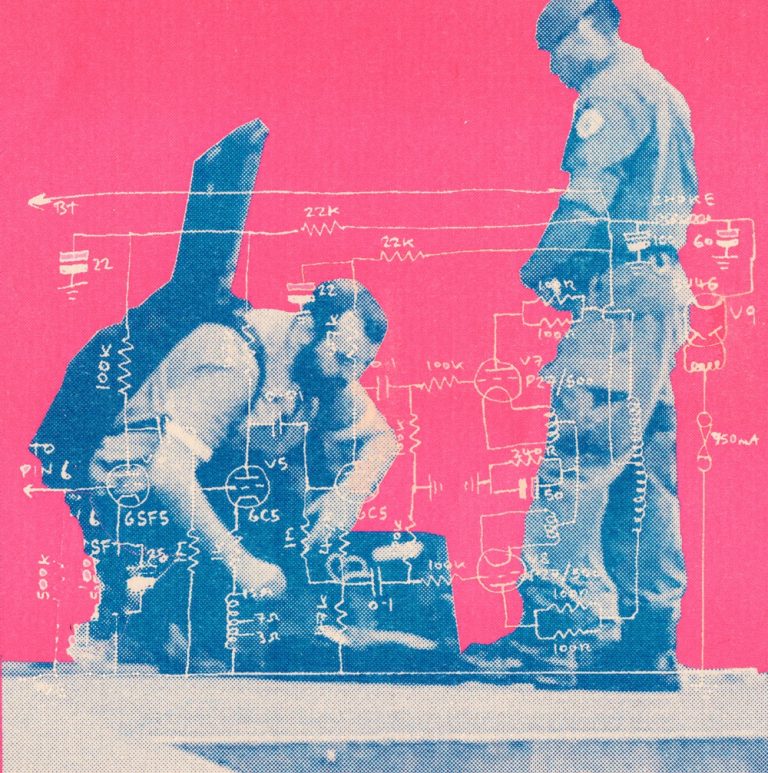 Remarkably Kiko Dinucci has never released a solo album before. My surprise comes from the fact that I feel I know his signature, have some understanding of where his music is coming from (even if the music itself always surprises me), I feel aware of who Dinucci is as an artist. Yet, looking back at Dinucci’s discography (spanning back to 2008) and it’s true that they are all collaborations of some sort, whether as a member of Metá-Metá, Passo Torto or Duo Moviola, or through collaborative releases like Na Boca dos Outros and Padê.

Officially then Cortes Curtos is his first solo album and… it’s just been released, made available for free download from Kiko Dinucci’s website. It marks itself out as different to his previous projects by making more explicit Dinucci’s connection to punk and hardcore. These were after all the styles of music he played in the 90s when in his adolescence in São Paulo. This was before he discovered samba legend Nelson Cavaquinho and realised that samba could be just as cutting-edge as punk or rock, and perhaps even more so.

The new album therefore represents a meeting between samba and punk. In an interview with Noisey Brasil, Dinucci has said: “I thought of writing everything as a samba but then afterwards giving it a punk makeover” [translated from the original Portuguese]. Not surprising, there is still a highly-collaborative element to this album, with Juçara Marçal, Tulipa Ruiz, Suzana Salles and Ná Ozzetti all providing vocals, as well as many other frequent Clube da Encruza collaborators (Marcelo Cabral, Thiago França, Rodrigo Campos, Guilherme Held, Sergio Machado, and so on) making an appearance.

You can download Cortes Curtos, as well as all of Dinucci’s previous releases (from all of his projects; which means some serious musical bounty), at kikodinucci.com.br.

You can listen to the album in full below: