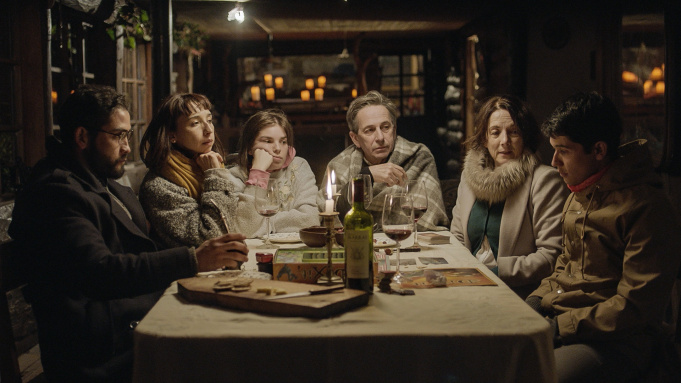 AMPLIFY! Festival: Chilean and Mexican Films to Stream this November

AMPLIFY! is an online film festival co-curated by four UK film festivals: Cambridge Film Festival, FilmBath, CINECITY (Brighton) and Cornwall Film Festival. There are over 60 films available to stream online during November, with the aim of “blasting brilliant new cinema directly into homes across the UK”.

There are three Latin American films on the lineup. Coincidentally, they all have fairytale-esque titles, featuring wolves, beasts and a prince. But The Wolves, Some Beasts and The Prince are far from fairytales. From a queer prison drama, to family-holiday-turned-claustrophobic thriller, to a realist film about an undocumented migrant family in the US, there’s plenty to keep you on the edge of your sofa.

The following films are available to stream online here until 22nd November 2020.

Brothers Max and Leo have to spend days by themselves in an empty, run-down apartment while their mother is at work. The family are new undocumented migrants in the USA and life is a struggle for the mother and the boys, but the film “takes what would normally be a story of hardship and neglect and transforms it into a tale of kindness and imagination.” Elements of this film reminded me of Sean Baker’s 2017 film The Florida Project.

Jorge Riquelme Serrano’s “poised and increasingly claustrophobic drama will draw you in and keep you hooked.” A wealthy family’s vacation on a remote Chilean island takes a turn for the worse, when the man who brought them there mysteriously disappears… No wonder AMPLIFY! festival refers to this film as having an “Agatha Christie vibe”. Jorge Riquelme Serrano won the New Directors Award at the 2019 San Sebastián International Film Festival. Click here to read more about his 2016 feature film, Chameleon.

Sebastián Muñoz’s debut feature, set in a repressive Chilean prison in the 1970s, won the Queer Lion award at the 2019 Venice International Film Festival. According to AMPLIFY! festival, “This dark, tense story of survival at all costs and homosexual love in a time of intolerance is challenging but utterly mesmerising.”