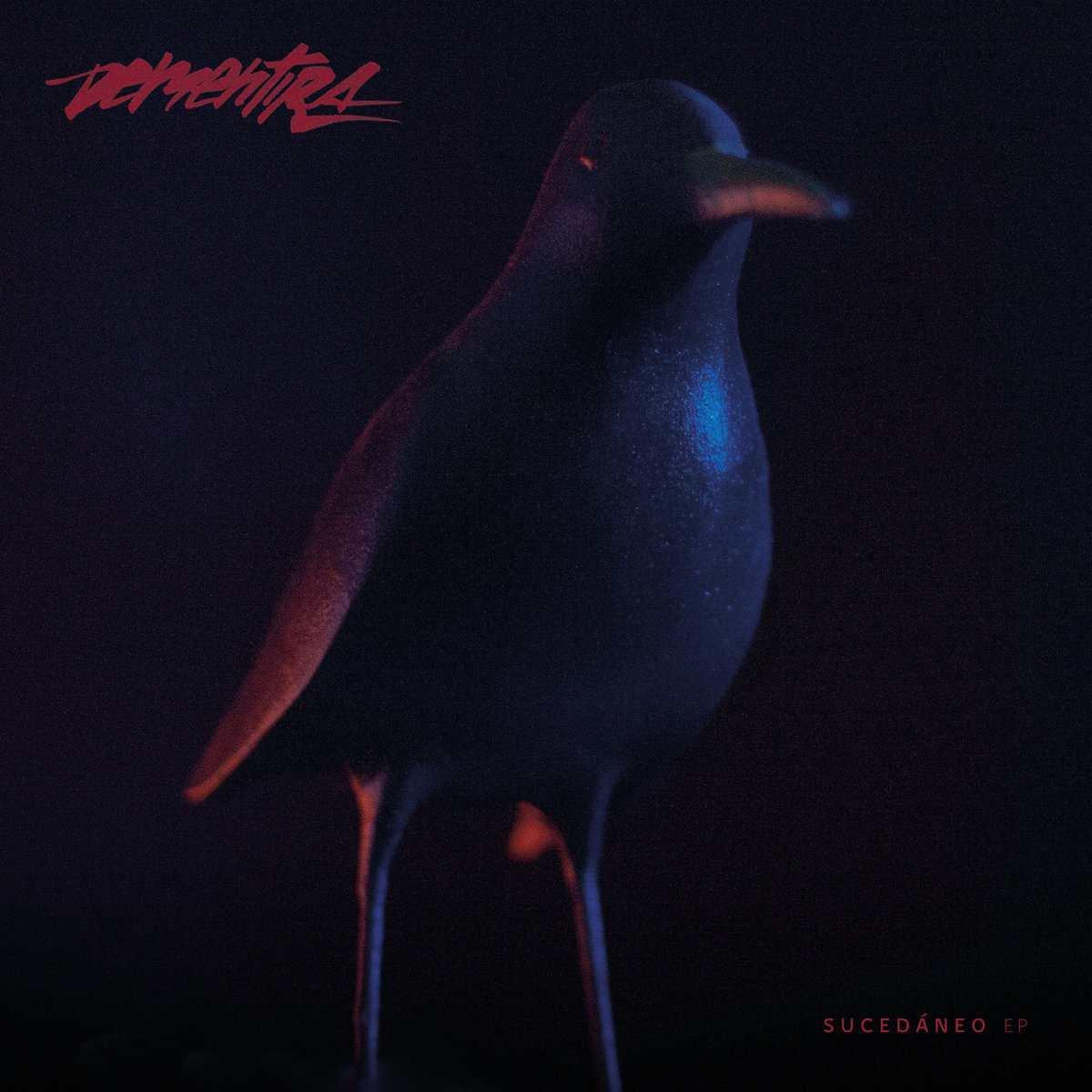 Ariel Altamirano, also known as DJ Dementira, is a busy man. Co-founder of the Discos Pegaos label from Santiago, member of the supporting bands for Fakuta and Gepe, where he also grabs the mic for additional rap vocals, and full time designer with works for Bronko Yotte, FDA and Como Asesinar A Felipes. As you can see, he is at the core and an important part of the organic growth of the Chilean alternative music scene.

Maybe his multitasking and continuous efforts in making the independent industry shine, is why it took him so long to come up with his latest work. Sucedáneo EP is a kind of almanac for the years that have passed and his endless musical references, which is one of the first things you notice when listening to the EP, the diversity of genres mixed in the album, being less homogeneous than his Chimpancé EP from 2011.

The cut and paste skills are still there, making clear that Ariel’s origins can be found in traditional New York hip-hop culture, with eyes wide open for the futuristic electronic derivations that came from there, with London underground labels like Warp, Hyperdub and Big Dada taking the spotlight. The first single and teaser for the album was “20012011”, with repetitive patterns and a retro feel that is emphasised in its promotional video, “Destino” open the fires combining fast hi-hats and screwed up vocals for a deep footwork tribute and “Sauce” goes tropical with club attitude rendering as an obscure dembow.

For fans of experimental beats and contemporary electronic music, Dementira delivers the visions of a musical adventurer, with no space for imitation, just originality drawn from the observation and knowledge that the continuous digging of new and old sounds gives an analogy of the boundaries crossed when DJs first began to sample, opening a world of possibilities and the creation of uncountable musical styles.