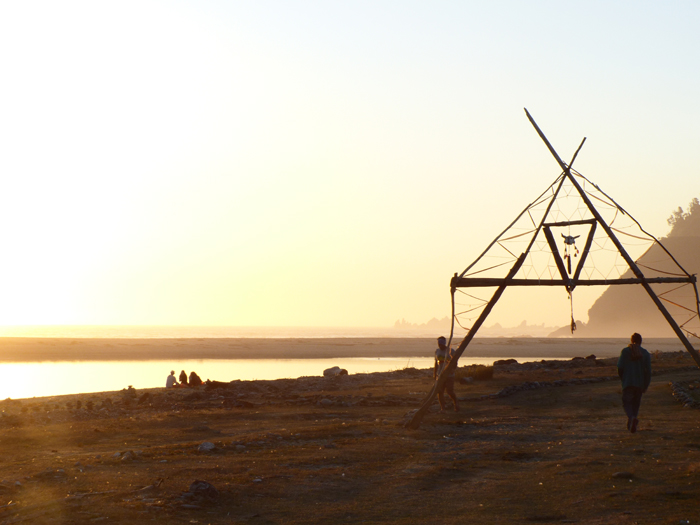 Nomade Festival, A Feast Of Electro Cumbia In The Middle Of The Rainforest

Ah, electro cumbia, that elusive term that encompasses any sound mixing traditional cumbia with electronic beats and samples. After almost a decade of increasing popularity, the electro cumbia scene is currently enjoying an all-time high; it seems as if quality music of the genre is emerging as rapidly as its growing fan base.

Over hundreds of years, traditional cumbia has spread, evolved and adapted throughout South America and has now commenced its most recent transformation through electronic music. Electro cumbia is held together through the relationship between the old and the new; the musical roots of South America are embraced with an ingenious creativity that fuses the distinct sounds of the historic and the modern.

It’s without saying then, that the humble, rustic origins of South American music are at the heart of the genre. Which is why Festival Nomade is a pretty special place to go if you’re a cumbia fan.

Nomade is situated in Manquemapu, a small part of the Valdivian rainforest that is home to a small settlement of indigenous locals. The forest is protected by the government, and the land belongs solely to this community. Manquemapu is isolated in nature – the nearest paved village is a four hour drive away through the dense forest, and the largest city is a six hour drive away. Santiago, Chile’s capital, is roughly 1,000km away.  The location is exceptional; the untouched, millennial rainforest almost breathes the raw, folk songs that were among the first of Chile’s traditional sounds.  Bringing electro cumbia here, to this remote, unspoiled patch of land, is an homage to that time. 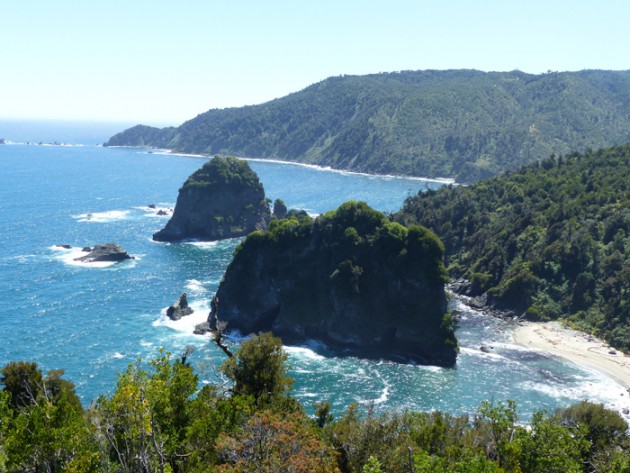 The cumbia artists feel this special vibe as well. Headliners such as Argentina’s La Yegros and Chile’s Matanza can easily attract larger audiences in locations far simpler to reach – yet Nomade fosters a special community. Festival-goers and musicians alike share a strong desire to experience music in its purest and most ancient forms, far from iPhones and stuffy city venues, totally absorbed and at mercy to the surrounding nature.

Plagued by high winds and heavy rain the first few days, the bare-bones festival seemed unable to cope with the extreme weather of the rainforest. With neither indoor spaces nor electricity, and the most basic of camping rounds, festival punters helplessly tried to tackle the winds and keep their tents intact. The makeshift outdoor stage seemed in danger of collapsing and the first act, Ananhi Mariluan, was barely audible over Friday evening’s initial downpour. 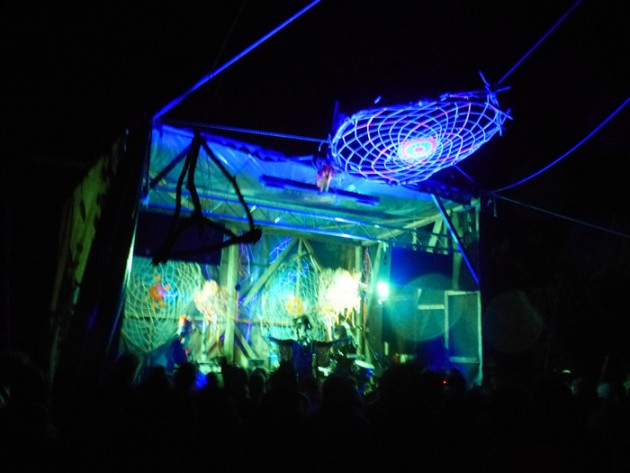 Yet it seemed that Pachamama was listening to the Nomades’ prayers. Heavy rains cleared for the remainder of festival, allowing festival-goers to dry their drenched possessions and enjoy the beats of quality acts such as Chancha Via Circuito, Matanza, Martha van Straaten and Jackson.

Nomade is certainly not for everyone – it is far from home comforts and at peril to the intense weather of the rainforest. Yet if you wish to intimately connect to the roots and inspirations of electro cumbia, Nomade is one of the most fitting of places to do so.