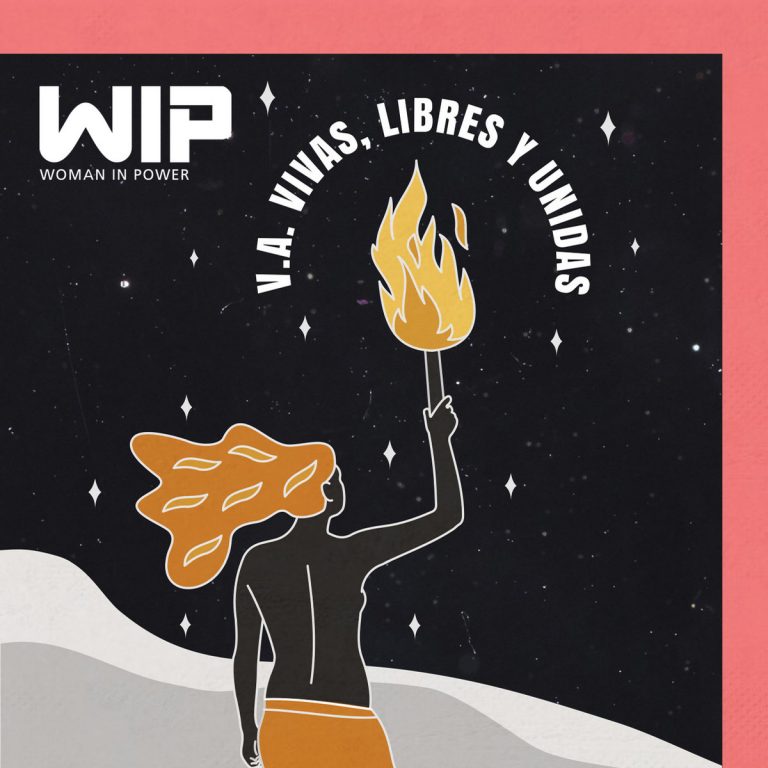 8M [the March 8th feminist strikes which began in Spain in 2017 and have grown ever since] has passed through Latin America, showing once again that there is still much to do in areas such as legal abortion, ending gender violence, and ensuring greater equality in the workplace. Chile was no exception, the uprising of October 19th leaving a strong sense of social injustice, with recent cases of violence against women making some of the country’s smaller cities epicentres of the 8M manifestations.

Representation is the keyword; it is one of many of reasons that the WIP (Woman In Power) collective was founded in 2019. Their aim is to create and amplify events and initiatives where women are producing art through technology, especially focused on electronic music.

Yesterday, to coincide with 8M, they released their first ever compilation through the Modismo netlabel, where you can hear the likes of Valparaíso-based synth artist Alisu (also one of the WIP collective’s founders), Discos Pato Carlos-affiliated Andrea Paz, Ochi remixing Delia Carstens, Kamila Govorcin, Leonor Baesler and many others. The compilation is aptly titled Vivas, Libres y Unidas (Alive, Free and United).