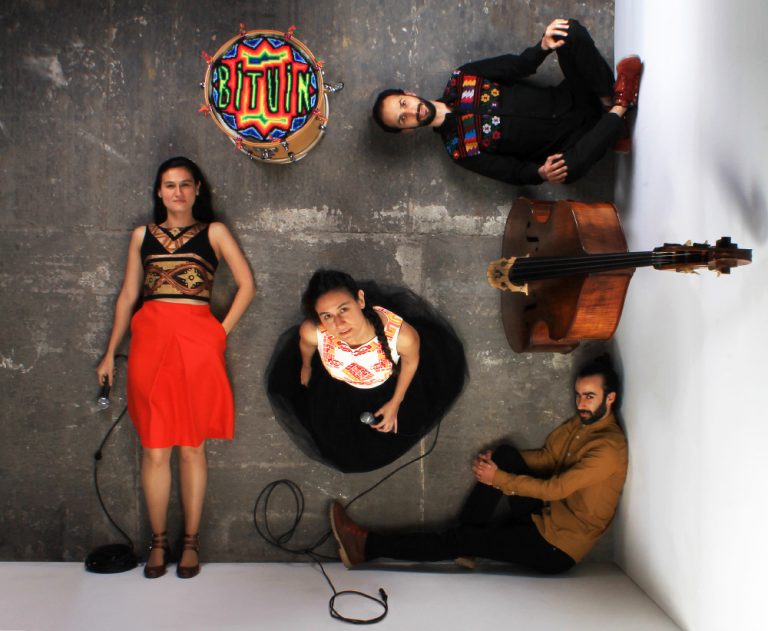 Folkloric jazz quartet Bituin (bi-twin, and also ‘star’ or ‘astro’ in Tagalog) have been around for a decade. Nevertheless, their unique sound and experimental arrangements remain fresh and intriguing. With twins Valentina and Juanita Áñez on vocals, and identical brothers Santiago and Daniel de Mendoza on double bass and drum kit, the band’s characteristically uncommon setup continues to mesmerise.

To mark their birth as a group – they performed for the first time together 10 years ago to the day – Bituin released their latest single “Profeta” on December 11. The track, written by guitarist, friend and fellow Matik-Matik regular, Kike Mendoza, borrows an ancestral melody and wraps it in modern Bogotano jazz with rhythmic trap hi-hats and staccato vocals. The lyrics, written by Valentina Áñez, are the imagined words of a female Latin American prophet. “Follow me like you do the cobblestones, water me like you do the sesame,” they sing, “Honour me as Cain did not, love me like you do your corn.”

The symbolic lyrics and intricate meter take centre stage, without the harmonising force of a piano, guitar or supporting melodic line. Like Bituin’s earlier albums, “Profeta” retains a sense of vanguard experimentation and spontaneity, especially in the drum and voice breakdown towards the song’s close.

“Profeta” will form part of the upcoming EP entitled Divina Cosecha, alongside four other songs, to be released as singles between now and March 2021. The EP will be characterised by sounds and lyrics exalting all that is ancestrally sacred in Latin America.

If you like Bituin, listen to Las Áñez’s non-traditional, refreshing “Villancico” from their latest album Reflexión, for which they’ve just released a video. The song focuses on a universal sense of gratitude and spirituality at this time of year.