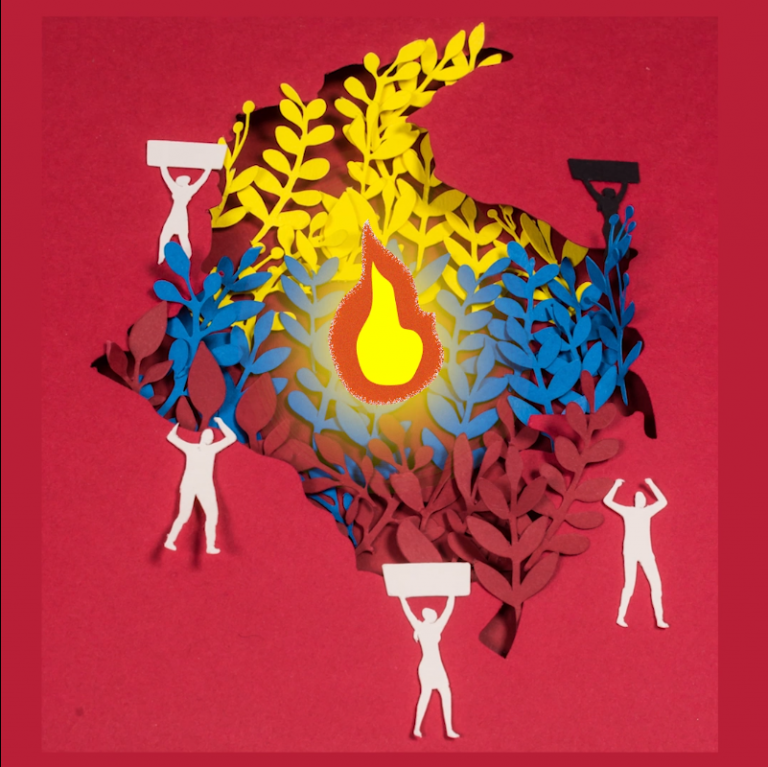 In lieu of our regular mellow Monday-morning offering, Biomigrant‘s “Colombian Solidarity Special” will be drawing attention to Colombia’s ongoing political and social crisis instead. Biomigrant is the producer and multi-instrumentalist Michael Alfred Wagner.  U.S.-born but settling in Colombia after crossing Central America by bicycle, his blend of electronica, live instrumentation, Latin American tradition and field recordings has set him out as one of Latin American music’s most thoughtful contributors. He believes sound “is a medium that enables us to relive and share moments and perspectives, and that through music and dance even the most painful experiences can be channelled into something beautiful.”

“This mix was originally broadcast on Radio Alhara, based out of Palestine, as part of a 24 hour program of Colombian/Palestinian solidarity curated by Edna Martinez.  The selection highlights the ongoing political and social crisis in Colombia, where, since the April 28th, the government is being challenged by a general strike on its historic and current actions of corruption, dismantling the historic peace process, attempts to punish the lower and middle classes with abusive tax and health reforms, human rights abuses, and violent repression against peaceful manifestations. The music is a mix of original tunes and songs of resistance from Colombian artists. Dedicated to the memory of Junior Jein, artist and activist from Buenaventura, who was assassinated on the 13th of this month.

“Bonus: Not included in the mix, but the Colombian singer-songwriter La Muchacha is writing some incredibly powerful music in response to all of this…”

The Con Alma series is a mug of hot coffee served fortnightly on Monday mornings, to start your week off right. An hour of musical soul food, downtempo undulations and freshly-squeezed groovers that’s good for the heart, mind and body. Although the series’ name is taken from Dizzy Gillespie’s Latin standard, don’t expect an hour of frenetic bebop – this is gentle introspection, warm sunrises, shower sing-a-longs… always with plenty of soul.