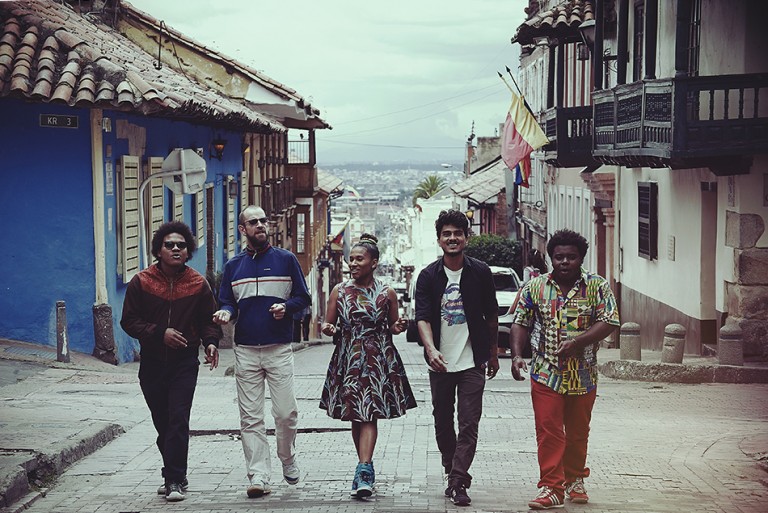 Colombian band Sidestepper are set to return to London for a much-anticipated show featuring their live band to perform their stunning new album Supernatural Love at East London’s Village Underground.

One of the pioneers of the Colombian electro-cumbia sound, Sidestepper, the band was formed by the British producer Richard Blair, who fell in love with Colombian music and culture after going there at the suggestion of legendary singer Totó la Momposina, with whom he’d just recorded an album at Real World Studios. He ended up staying and soon launched his Sidestepper project, uniting Colombian rhythms and instrumentation with the sound of modern dance music, becoming a precursor for groups like Bomba Estereo, Systema Solar and Pernett.

Although each of their albums has marked the exploration of a new style, Supernatural Love marks a significant development in the band’s sound, moving away from electronic instruments to create a universal sound and ethos, felt in their deep music and lyrics.

Richard Blair from the band will also be performing a solo DJ set, for which you can expect to hear an eclectic selection of beats, no doubt including some of the freshest tunes out of Colombia.

Sidestepper will be performing at Village Underground on Sunday 17th July. More details of the concert can be found at soundcrashmusic.com/sidestepper

Here’s a little taste of what to expect: