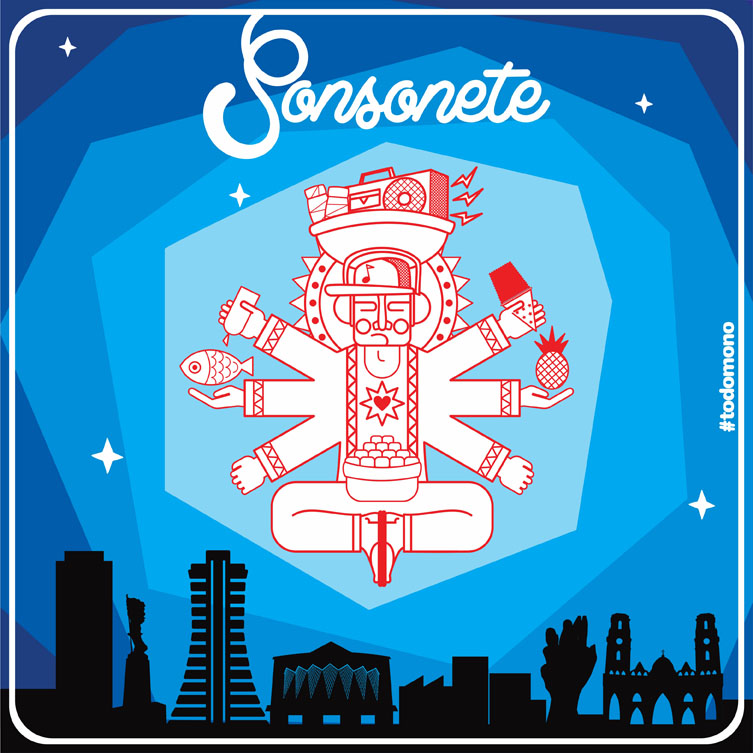 A collaborative project by the Todomono collective along with a variety of our favorite artists and DJs has resulted in a special album that brings the sounds of Barranquilla to listeners.

Todomono is a design collective (and store) started by Johnny Insignares and Fernando Vengoechea. While most of their work is inspired by the streets, people and stories, of Colombia’s Caribbean coast, the pair credit city sounds as the inspiration for this album.

“We wanted to give listeners a return to the city sounds they grew up with, and woke up to, every day,” Insignares said via press release. “The sounds we hear on the bus en route to university, television commercials, subconscious radio spots, and street vendors’ cries that evoke the memory of Barranquilla.”

The album includes the support of artists such as Bomba Estereo’s Simon Mejia, Frente Cumbiero, Colectro, Miami’s Locos por Juana, Austin-based Peligrosa DJ Orion, Colombian DJ/producers, Don Alirio, Monosóniko, and Femputadora, and the Barranquilla-based band, Sicotrópico. All were given the task of remixing or reinterpreting a classic with their own touches.