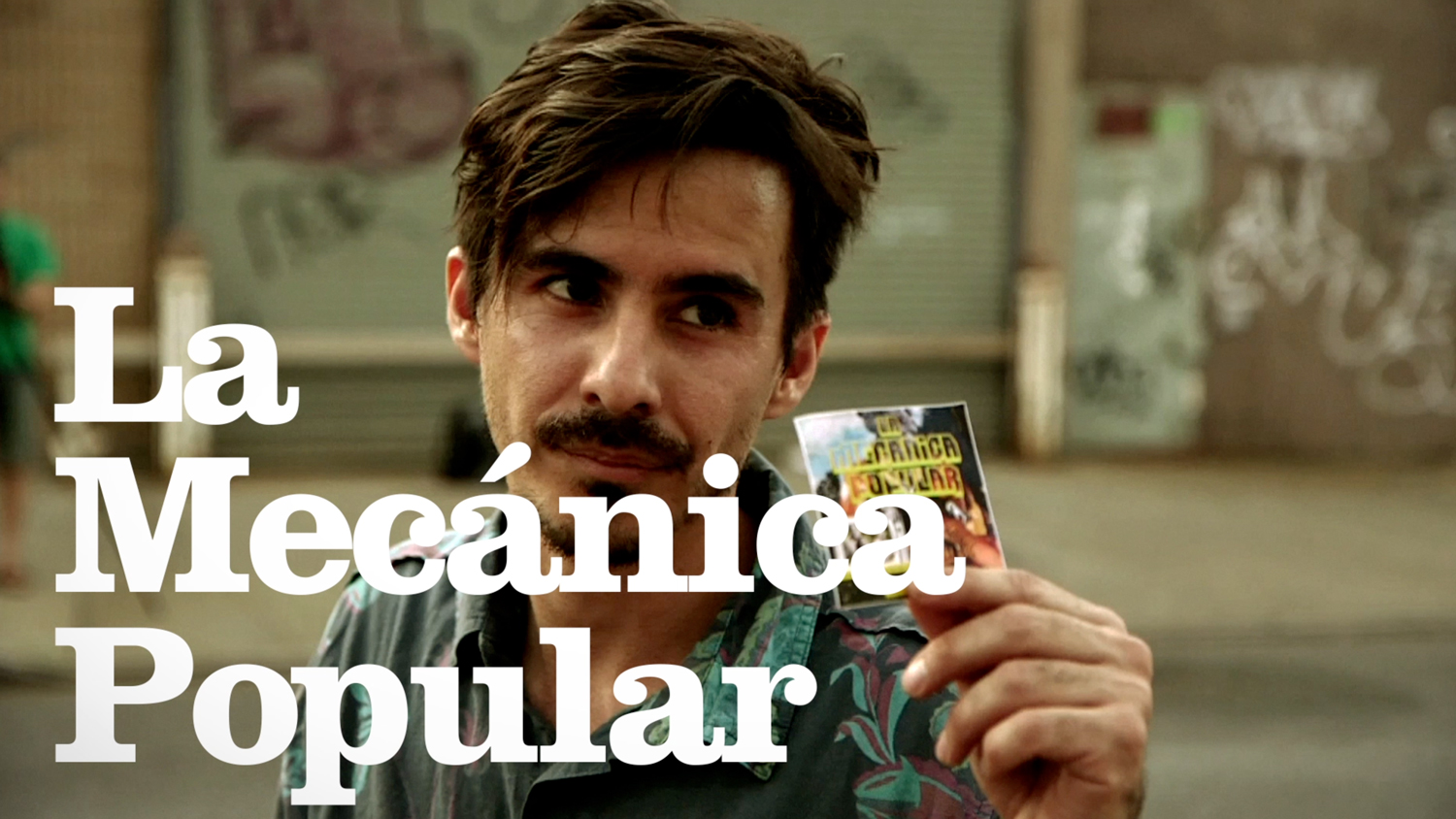 La Mecánica Popular, quite simply our favorite (and the only?) psychedelic salseros from New York City, have dropped a new video for their single, “La Paz del Freak.”

Happy is an understatement for what this groovy octet must be feeling right now as they’re in the running for an opening gig for Colombian megastar, Juanes, at a private party in Miami. Oh, and by the way, on the night they found out they moved into the finals, Juanes described their sound as, “de puta madre!” [translation: fucking excellent!]

La Mecánica Popular are one of three finalists in the contest, ‘Dewaristas: Search for The Next Great Latin Sound.’ Voting ends this Friday, Sept. 6. Vote HERE. Now back to the new music video. Beautifully produced by Brooklyn-based label, Names You Can Trust, and directed by Matthias Röckl, our favorite scenes from it were filmed in Williamsburg, Brooklyn’s, last standing Latin social club – “The Caribbean Sports Bar.” If it’s not the psychedelic synths and guitar, percussion (timbales! congas!), or classic Nuyorican-style keyboards, that make you shake your hips, the footage of old timers dancing at the Caribbean Sports Bar most definitely will.

Since we last reported on La Mecánica Popular, the band self-released a debut EP of the same name.’La Mecánica Popular‘ was produced by Rafael “Xuxi” Lazzaro, whose production credits include albums by Juan Luis Guerra and Rita Indiana. And as far as guest musicians, the band brought on percussionist and Fania star Louis Bauzo (Tito Puente, Celia Cruz).

La Mecánica Popular has also signed on with Names You Can Trust, which is home to Frente Cumbiero, Meridian Brothers, and some of the most cutting edge tropical bands in the world. The label released “La Paz Del Freak” & “Guajiro” as a split-vinyl single earlier this year, and the record received high praise and spins from notable DJs like Gilles Peterson, Quantic, and Sofrito’s Hugo Mendez.

Names You Can Trust will also release the band’s self-titled debut album to a global audience as it will be available on vinyl LP and all digital formats later this fall. In the meantime, watch the new video below, and follow the band on Facebook to keep abreast on the latest.