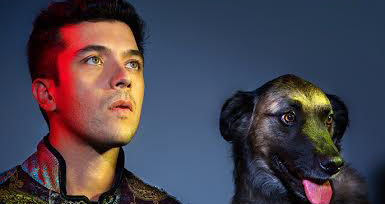 Chile’s Gepe, real name Daniel Riveros, will kick off his first full-length tour of the United States with a show at New York City’s SOBs on Monday, 25th of April (tickets here).

The musician, composer and multi-instrumentalist, whose fifth studio album Estilo Libre we reviewed here, will have just graced the stage at Mexico’s big Vive Latino festival on 23 and 24 April in Mexico City.

Gepe’s singles ‘Hambre’, ‘TKM’, and ‘Invierno’ have become solid radio and streaming successes, and have catapulted the artist beyond the borders of his own country onto stages in Mexico, theLatin Alternative Music Conference (LAMC) in New York, and a tour throughout various cities in Spain. Below, watch a snippet of his high-energy show at NYC’s Highline Ballroom last summer for LAMC, take note of his “Estilo Libre” U.S. tour dates, and keep up with him on Facebook.