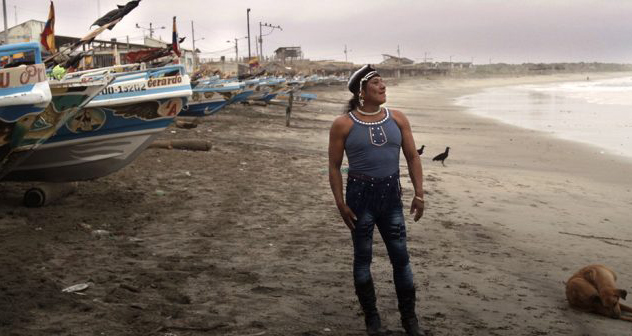 In Ecuador, a Sexual Narrative Reversed

In most countries in Latin America, members of the LGTBQ community tend to gravitate to cities as they more gay friendly than rural areas. In Ecuador, however, the situation is reversed. In fact, says anthropologist O. Hugo Benavides, the country is one of the most homophobic in the world.

“Ecuador was also the next to last country to decriminalize homosexuality in 1997 in South America. I believe only Chile was later,” said Benavides, who was born in Guayaquil and today teaches in the anthropology department at Fordham University in New York. “At the same time, there are still very many ‘clinics to cure homosexuality, particularly lesbianism’ at work in the country. And just at the end of last year (2017), there was a half million strong rally in the capital (Quito) to protest agains gay rights or what they call ‘gender ideology.’  The title of the movement is indicative, “Con mis hijos no te metas /Take your hands of my children.” Here is a link to how big the crowds were.”

But in Engabao, a small fishing village on the coast of Ecuador, all of 64 miles from Guayaquil, things are different for the LGBTQ community. In Engabao, being gay is ok. In Guayaquil and in much of the rest of the country, it is not.

Benavides, who in 2002 published research about Engabao for the Journal of Latin American Anthropology recently returned from a three-week-long ethnographic exploration of the village. His visit was part of larger project on pre-Hispanic sexuality being spearheaded by the anthropology department at the Jesuit University Pontificia Universidad Católica del Ecuador (PUCE) in Quito. 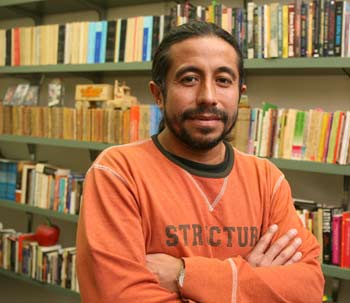 His colleague and research partner, Maria Fernanda Ugalde, professor and chair of anthropology at PUCE, has written extensively on two-thousand-year-old figurines from the region. You can read more about their work at the Fordham website.

How did Engabao become the safe haven for the LGBTQ community it is today?

One clue may lie deep in the past, long before Spanish colonizers arrived, said Benavides.

According to historical writings, when the Spanish arrived in the 1500s, they encountered Enchaquirados—men and boys who wore ritualistic, high-status beads and engaged in same-sex relations with the male leaders of the community. The Spaniards looked down on them, but the Enchaquirados responded that they were chosen for the role, which they believed expressed a higher social status.

Fast forward to present-day Engabao. Since the 1990s, gay men there have been referring to themselves as Enchaquirados, said Benavides.

“The gay community did a lot of what we would call political work in claiming this historical identity,” said Benavides. “They said, ‘We shouldn’t be discriminated against because we were actually here before the Spaniards arrived. There’s a heritage that’s historical, but it’s a sexual heritage as well.’”

Benavides feels that the story of how Engabao’s tolerance came to be is an important piece of anthropological history for Ecuadorian culture.

“Professor Ugalde and I see the work we’re doing as important in trying to make the country, as a whole, more sensitive to both its historical and contemporary gender and sexual diversity,” he said.

As for the rest of the country, things are improving in cities such as Quito and Guayaquil, albeit slowly, Benavides said.

“Again, is that worse than other parts of the world, maybe, maybe not,” he said. “Transgender and transexual deaths are also present in the country, and normally go unpunished. But I want to believe that it is less than what it was before.”

Benavides is also the author of Drugs, Thugs And Divas: Telenovelas and Narco-Dramas in Latin America (University of Texas Press, 2008). Read about that work here.

(Patrick Verel contributed to this report)