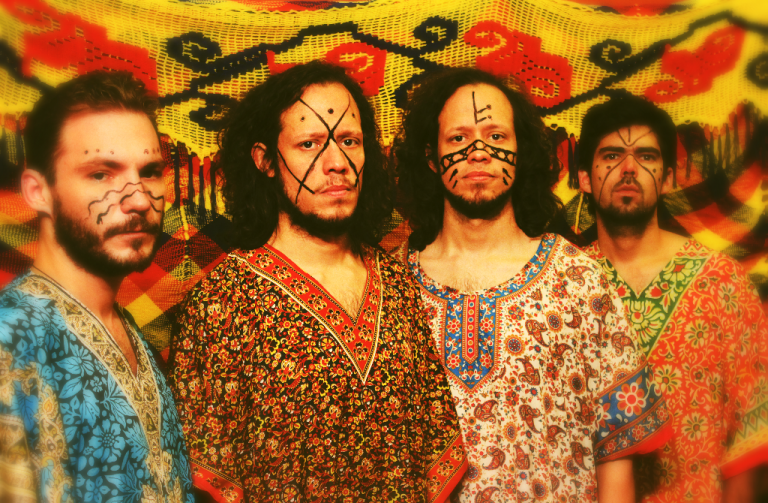 After two successful EPs, Ecos Del Tercer Mundo Vol. 1  from 2011 and Vol. 2 from 2012, the Venezuelan electronic experimentalists La Gallera Social Club dug deep into their folkloric roots to make their latest release, Caribe. On this album, recorded in France alongside French band Samba De La Muerte, they combine more transcultural elements than ever before, putting in practice the experience they have gained touring around the world and inviting the long list of friends they have made on the road.

Caribe sees the group mixing ancestral rhythms with digital cumbia, joropo and Afro-Latin beats. The collection of tracks includes several reinterpretations of their previous hits alongside exclusive material, like the first single “Quichimba”, a dark bass driven song with Venezuelan tribal percussions. Then you get a new version of “Carajito” that adds layers of Andean sounds to the original dembow take from their first EP.  From their second EP, comes “En El Monte”, an ode to life in a geographic region that is higher than a hill but lower than a mountain, where it is usual to see small towns through all of South America.

To promote Caribe, they have created a video for “Quichimba”, with trippy visuals that look like an internet era collage of vernacular and popular Latin American imaginary. Hypnotic animations with bright colours and footage of hands playing different percussion instruments blending with a mysterious woman over natural landscapes, directed by Javier Farias from Clap Media.