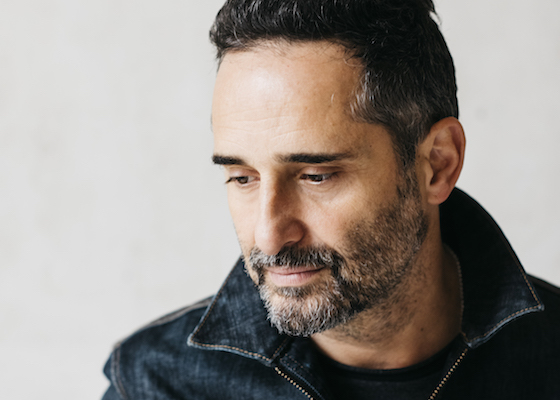 Uruguay’s Jorge Drexler brings us a new single from his latest album Salvavidas de Hielo. “Asilo” features Chilean artist Mon Laferte and was recorded in just one take. Drexler has described it as “a plea for a sentimental refuge in the form of a ranchera”. The track is an intense and moving halfway point on the album that breaks from Drexler’s percussive style to allow the harmonies space to breathe on a stripped-back instrumental, just two voices and an electric guitar.

Drexler’s Grammy-nominated Salvavidas de Hielo, released in September of last year and spanning a range of rhythmic melodies, is his 13th studio album and also features Mexico’s Julieta Venegas and Natalia Lafourcade. What is particularly impressive about the album is that all the instrumentation was done on guitars – the percussive and electronic elements on the record were created using different parts of the guitar to create a variety of textures. The album’s lyrical content also provides various food for thought including “Despedir a los Glaciares”, a sad farewell to the glaciers and a reflection on the future of the planet in the face of climate change.

“Asilo” follows the recent single “Movimiento”, a commentary on immigration and human connectivity that was inspired by a TED talk Drexler gave in Vancouver in 2017. It is a passionate defence of the power of immigration in light of the current debate surrounding the issue, an important message for Drexler who himself is the grandson of Germans who fled the Nazis in 1939 and eventually settled in Uruguay. The stunning visuals that accompany “Movimiento” were filmed in Mexico’s Sierra Tarahumara and feature Lorena Ramirez, an award-winning 22 year old runner with Rarámuri roots, an indigenous culture celebrated for their endurance-running abilities. Watch that video below

Finishing up a tour of the US, Drexler is due to spend the next six months on tour between Latin America and Europe, including a date in London as part of La Linea, the London Latin Music Festival. Having not performed in London since 2016 be sure to catch him playing songs from his new album at Cadogan Hall on April 30th.