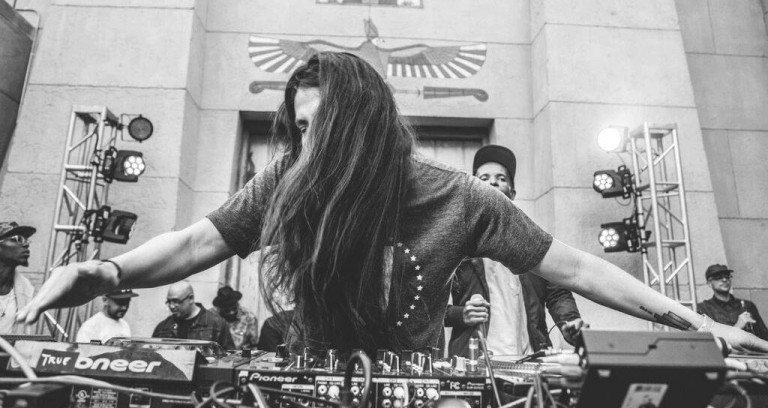 Ecuadorian-American, Los Angeles-based, DJ Dave Nada often travels the world making dance floors go wild with his global style. After all, he’s the creator of moombathon, which, as Generation Bass noted in 2012, he turned into a “fully-fledged movement that influenced the the whole of the EDM world,” influencing the likes of fellow DJs, such as Dillon, Munchi, Heartbreak, etc.

Nada went along to release several moombathon (and more) mixes on Diplo’s label, Mad Decent. He also kept butts shaking as one-half of the producer/DJ combo, Nadastrom (with Matt Nordstrom.)

And just in time for Memorial Day weekend here in the States, he premiered a new mix via Large Up, which was seemingly tailor-made for those missing Carnival. “Sweet II Bad” is a one-hour, downloadable, mix that takes us “from calypso to D.C. Go-Go to dancehall to Colombian champeta, and then through a helping of some of the year’s biggest soca anthems.” Make sure you dig into their Q&A with Nada, who dishes on an forthcoming remix of a Celia Cruz classic with Fania Music.