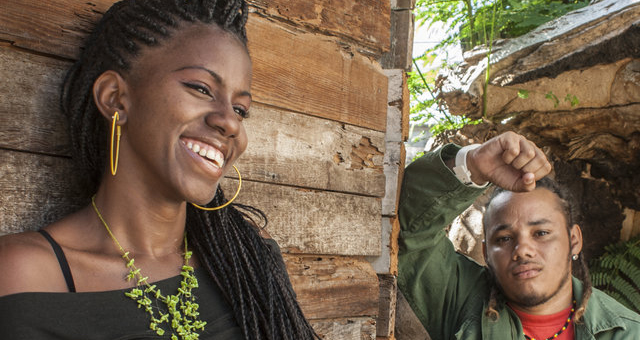 Recent tourists of Cuba will tell you: the song you hear at nearly every establishment in Havana, or in the resorts in Varadero, is “Chan Chan,” made popular by the Buena Vista Social Club, an ensemble of Cuban musicians established in 1996 to revive the music of pre-revolutionary Cuba. But if you were to ask the island nation’s young people, Cuban music these days is so much more than their glorious historic son.

Take Golpe Seko, a hip-hop duo from Santiago de Cuba whose music reflects the vibe of the hot Afro-Cuban city nestled at the bottom of the island near Jamaica. Collaborators Yisi Calibre and Darwin El Independiente have worked locally, nationally and internationally with groups including Gilles Peterson, MC Bonus from Sao Tome and Príncipe and DJ Betto from Brazil.

Active in the Cuban hip hop scene for over a decade, we’re proud to premiere the duo’s new video for their single, “La Luz,” which you can check out below. It was filmed in Santiago de Cuba, on Santa Barbara Street in the Reparto Jimenez, which is better known as Los Pinos. 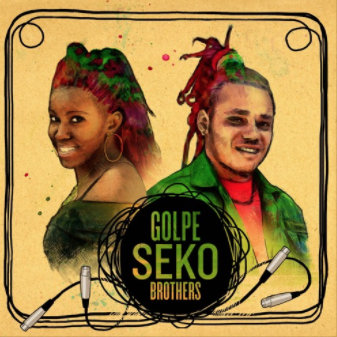 Rooted in the legacy of Guampara’s strong Afro-Cuban pride, the record explores themes of the duos’ relationship as a couple, gender identity and life in Santiago. The result is a music that has a dynamic groove, lyrical horn harmonies, and socially conscious lyrics.

We chatted with the band about the new music and life in Santiago de Cuba:

Sounds and Colours: Congratulations on the video. What is this song about?

Golpe Seko: We are inspired by everything around us to write songs: love, difficulties, joys, sorrows, and the respect we feel for the music. We flow with these energies to create.

S&C: What did you want the visuals of the video to convey:

GS: We wanted to show the Monument to Cimarrón, which was erected to honor the revolt of miner copper slaves from the 17th century. We wanted the video to be a reflection of our reality, our way of life, and our beliefs. Everything was spontaneous and we took advantage of the everyday life in our neighborhood to reflect the real life of many artists and the people around us. This video brought light and opened horizons for Golpe Seko, because many people began to believe in what we do with such sincerity, such as Eli and Jigue, whom we are very grateful for.

S&C: Most tourists who have never been to Cuba think of Havana as a city with old cars and cigars. How would you describe Santiago de Cuba, your country’s second-largest city, to someone who doesn’t know it?

GS: Santiago de Cuba, which is about 969 kilometers from Havana, has much difference in the culture and traditions that exist in Havana. Our Caribbean influences are noticeable in our songs, in our dress and the way we talk. But, as Havana is the capital of Cuba, where the national media is, and that we realize the importance of the visibility for artists and the cultural movement there.

S&C: Who are your music influences?

GS: Our musical influences are wide, reggae comes from Jamaica to all the urbano music that moves in the Caribbean. And, over the years we have studied everything that we could find, from African-American music to European music. Today, Golpe Seko is one of the Cuban rap-reggae groups that has had the most international collaborations. We’ve recorded with artists from Puerto Rico, Venezuela, Portugal, Mozambique, Guinea, Zimbabwe, Brazil, Angola, the United States, and more. All of those collaborations have served as cultural influences for us and have helped us grow as a duo.

S&C: What reigns supreme in Cuba? Hip-Hop or reggaeton? Do young people, at least in Santiago de Cuba, prefer one over the other? Same?

GS: We grew up listening reggaeton, just as we listened to [Cuban son group] Los Van Van, back when neither are at the height of their popularity as they are today. Because of its strong presence and ability to be catchy in the Caribbean, many artists here started recording reggaeton. Due to the lack of information and ignorance on the island, many disagreed with the message and content of the songs. But, we think young people today prefer dancing to reggaeton but give much respect to hip-hop and related music. At the end of the day, [reggaeton] is music, and there is no good or bad music, rather bad artists and bad songs, and that’s what makes reggaeton as controversial as rap. Golpe Seko has nothing against reggeaton, we have many friends who make reggaeton, and we support us their concerts and give them nothing but respect.