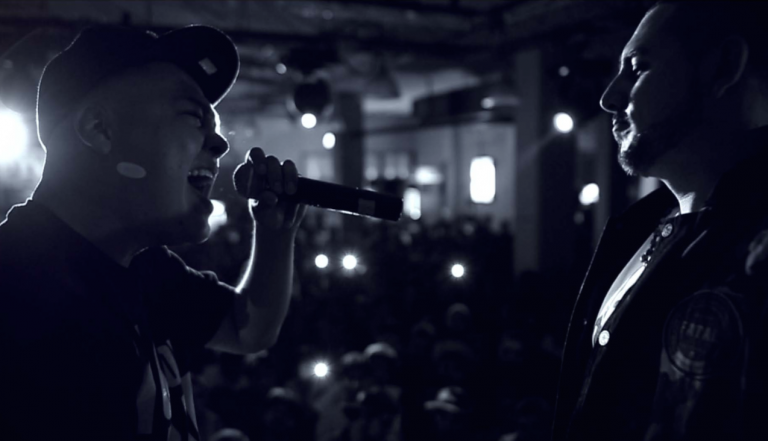 ‘Somos Lengua’ Is A New Documentary About Hip-Hop in Mexico

In recent years independent hip-hop in Mexico has grown. This is largely due to the influence coming from the mid-90s when the most successful group of Spanish-language rap, Control Machete, were in full swing, along with projects that had a strong hip-hop influence such as Plastilina Mosh, El Gran Silencio and Molotov, all of whom were already working with transnational labels. Several groups and crews mainly in Mexico City, Guadalajara and Monterrey propitiated these forebears, like G Knights of Plan G, Old Guard, Magisterio, Skool 77, Heavy Artillery, giving rise to an independent hip-hop scene. Years later freestyle battles became another platform that propelled the growth of the movement, aiding the emergence of several exponents from the scene that remain active like Eptos One, Hadrian, Danger, Mike Diaz and Manotas.

Somos Lengua is a documentary about hip-hop in Mexico, showing how, whether in their neighbourhood, studio or home, it’s the living voice to many members of this movement, a movement that has welcomed and accompanies them. Hip-hop has been an alternative to the lack of cultural and educational opportunities in a country invaded by violence and organized crime. The film’s director is Kyzza Terrazas, a writer and film-maker born in Kenya to Mexican parents – he has participated in several previous film projects as producer, director, screenwriter and executive producer.

Somos Lengua is his second feature, and is being produced by Viento del Norte Cinema, a production house dedicated to producing fiction films, documentaries and television series with a Sense of social commitment and cultural development. Terrazas is also currently working on two fiction films, Bayoneta and Radio Ethiopia, and together with Gael García Bernal and Jorge Dorantes, he is currently producing, developing and writing a TV series for the Fox network. Recently Somos Lengua won the La Carabela de la Plata award for best feature in the new film-makers section at the Ibero-American Film Festival in Huelva.

There is no date yet for the release of this documentary online, but it is being shown at film festivals throughout Mexico.

Check out the trailer below: