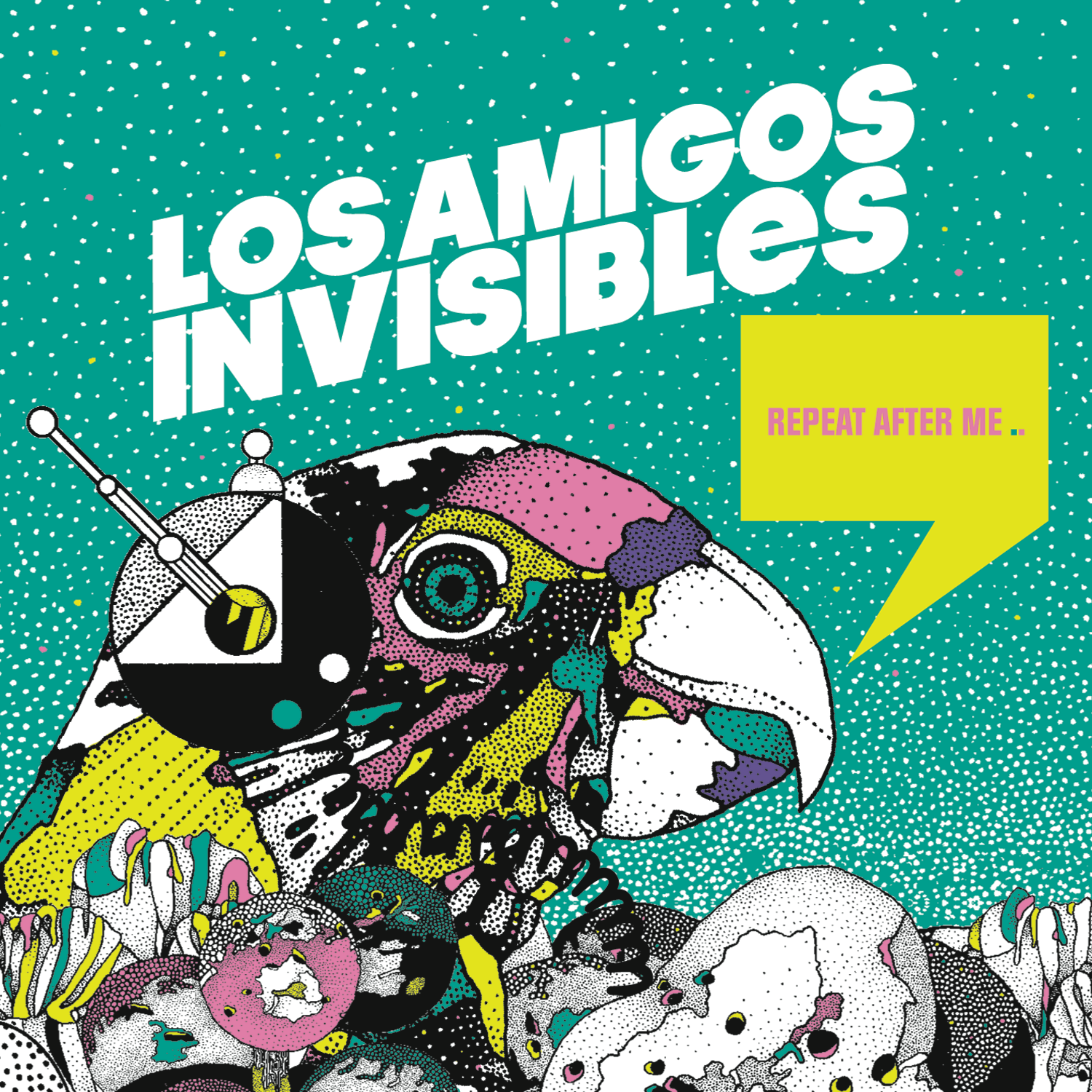 Los Amigos Invisibles have been visible in the Latin American musical realm for some time now. The disco-funk rockers from Caracas have worked hard over the past twenty years to create a distinct blend of sounds and musical rhythms.

Repeat After Me is the group’s sixth studio album and exudes a polished poppy sound that comes from years of experimentation.  The album leans on the crutch of catchy sing-a-longs in both English and Spanish, synthesised beats and recorded effects.

Fluttering in the era of disco, funk and ballads we like to refer to as the 80s, the album has a retro feel to it.  It’s lively, playful and danceable. The upbeat whistling on the hit single, “La Que me Gusta” tickles the ear, while the lighthearted lyrics on tracks like “Sex Appeal” and “Reino Animal” give the listener some idea about what type of album this is.

The sound of Los Amigos Invisibles has always been lost in space, but on their latest creation the lyrics may have been written here on Earth by any average human. There is a lack of creativity on some tracks that presents a repetitive sound and a shallow body of songs that leaves this listener asking, “Is that it?”

On the edge of Latin Alternative music and full-blown pop, Los Amigos Invisibles are ever so slowly becoming more mainstream. This can be seen by the move from Caracas to Brooklyn and the group’s recent behind-the-music documentary. After so many original and inventive years of music, this album feels more like a fill-in-the-blank copy of previous works.

The thing that Los Amigos Invisibles undoubtedly bring to the scene is hard work. Starting their own label, moving themselves and families from Venezuela to New York, and touring almost every year for the last decade; the group seemingly never takes a day off. I can admire that ethic and attest to their brilliant live performances [Incidentally, they will be touring again in April, travelling across North America with 18 shows in 26 days].

Whether the recorded album gets you moving or not, a live show will most definitely have you dancing long after the band leaves the stage!

You can listen to a preview of the album below or buy it from iTunes.