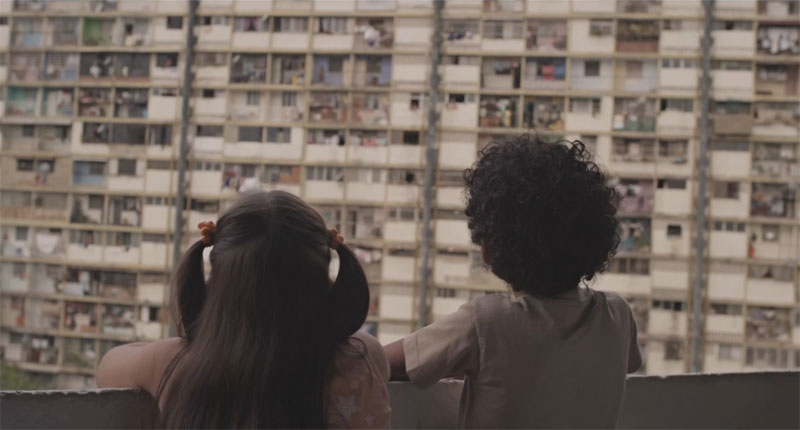 Pelo Malo (Bad Hair) is a new Venezuelan film from writer/director Mariana Rondón that won the prestigious Golden Shell at the San Sebastián Film Festival last year. The film will be screened at Manchester’s ¡Viva! Spanish and Latin American Film Festival on the 8th March 2014 and will get a UK cinema release later this year.

Here’s the synopsis for the film:

Junior (Samuel Lange) is a nine-year-old boy growing up on a working-class housing project in Caracus with his mother Marta, a young unemployed widow (Samantha Castillo) and his baby brother. Searching for an identity without a father figure, Junior soon feels marginalised by his mother’s pre-occupied attention for his younger brother. When school term approaches and his yearbook photo is due to be taken, Junior wishes to change his image and straighten his stubbornly curly hair. His grandmother (witnessing his mother’s rejection), recommends Junior spend some time with her where she will help him decide what to wear. She introduces him to the music of her favourite 60’s crooner, Henry Stephen (“My Lemon, My Lemon Tree”) and suggests he imitate his look. This puts him at odds with his mother, overwhelmed with searching for a security job to provide for the family, she finds it increasingly difficult to tolerate Junior’s fixation with his looks, convinced there may be another reason for his actions… The more Junior tries to look sharp and make his mother love him, the more she rejects him, until he is cornered, face to face with a painful decision.

Ultimately, Pelo Malo will allow you do much more than learn black hair types, instead offering a poignant portrayal of Venezuelan society for so many people.