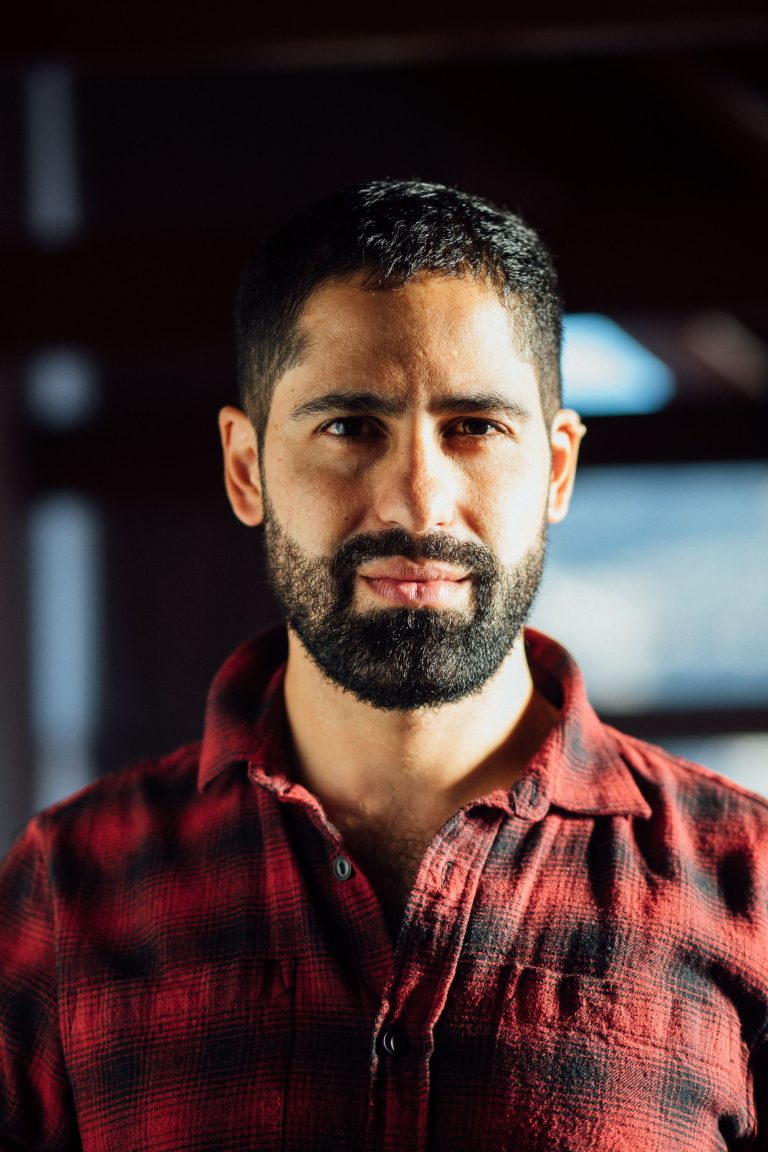 Utama (Bolivia/Uruguay/France/2022), the title of Alejandro Loayza Grisi’s debut feature, means ‘our home’ in Quechua. The film questions our place in nature, and the necessity of giving back in order to benefit from it.

Utama premiered at the Sundance Film Festival in January this year where it won the Grand Jury Prize in the World Cinema-Dramatic competition. It was screened to UK audiences for the first time during the recent BFI London Film Festival where Sounds and Colours caught up with the director. You can read the interview below and find our review of the film here.

S&C: For those who aren’t familiar with your work, can you give us a bit of background on how you started working in film?

Alejandro Loayza Grisi: I started my artistic career as a photographer. I studied advertising, as I wanted to be as far away as possible from cinema because my father is a filmmaker. I was kind of a rebel in choosing to study photography instead of film and I fell in love with photography immediately. I became a cinematographer and did that for seven years until I started directing music videos because I love the responsibility directors have, and I wanted that for myself. I made around 10-15 music videos before making my first feature film, Utama. I’d only made short films as a cinematographer, never as a director, so this is my debut, but it came in a very natural way and without pressure.

S&C: Where did the inspiration come from for the film and how did it come about?

Alejandro Loayza Grisi: The film is set in a small town very close to the Andes in the highlands. I’ve travelled a lot in the mountains, and I love how the light is in this area. I’ve always loved it in a cinematographic way. But the story was born as a love story. The most difficult thing about love is to letting go. So, for Don Virginio, the film’s protagonist, it’s about knowing he must let go of his wife Sisa and his coming to terms with this. That is the main inspiration for the film.

I also got to travel around that area for an environmental documentary series I was working on, so I learnt all about all the problems we have in Bolivia. I met these wonderful people and heard their stories, and I got to see these wonderful places. I wanted to talk about the things we are losing in the film, because everything is happening so fast. The notion of climate change is only a recent 60-year-old phenomenon. But we have been on earth millions of years and now we have this problem that’s new and happening very fast and we perhaps haven’t reacted quickly enough. So that concern also drove me to set this love story in this particular climate.

S&C: The feeling in the film is pessimistic, as if we’ve reached a point of no return with climate change. Does your film offer any hope?

Alejandro Loayza Grisi: There is obviously a very pessimistic message in the film – we all know there is a point of no return – but I also wanted to offer an optimistic view. She (Sisa) stays in the countryside, and it’s her decision to stay there. The name Sisa has a very beautiful meaning: it means ‘the eternal’ the one that always comes back to life. I feel that nature is that way; nature will always come back to life. Even when we are not around, there’s always going to be life in nature. I feel that the film might be pessimistic for the animal and human species but it’s not for nature. We do not learn from nature enough, but the film asks us, in a way, to learn to respect nature, which is an optimistic message I think.

S&C: Did the actors have any previous experience of being in a film?

Alejandro Loayza Grisi: Santos Choque (Clever) had done a couple of acting workshops so had some minimal acting experience. But for the others it was a completely new experience in their life, it was their first encounter with a big crew, with cameras… But it was very helpful for me that they could relate to the story, that they could understand the characters and the problems they have. We rehearsed a lot and I felt that they were very committed to the film and the process so I think we ended up making a great film.

S&C: How important do you see the role of a filmmaker these days, in particular in response to the climate crisis?

Alejandro Loayza Grisi: I think it’s a very important role. It comes with a big responsibility. The beautiful thing about cinema is that you can speak heart to heart with the audience; you don’t need a translator, and you can put the audience in someone else’s shoes and create empathy. Stories can let you travel. Through film you can understand the predicament of a little girl in Afghanistan or a poor person in China or a middle class person in the US or Europe, or whatever. You can transport people and I think that allows us to understand ourselves better, understand each other better and understand the problems other countries face. We define the world with borders, but we are actually the same people all around the world, everyone has the same feelings, everyone needs to love, eat, sleep. So, I think cinema can erase borders and I feel it has a very important role in that sense.

S&C: In your film there are elements of fantasy/magical realism. I refer specifically to the traditional methods the characters use to bring rain, such as sacrificing a llama or going to retrieve water from the heart of the mountain. Does your film celebrate Bolivian folklore or is it sceptical about Bolivian traditions in that they no longer bring about change?

Alejandro Loayza Grisi: That was a tradition I heard about: going to the source of the mountain to get the purest water you can find, bringing it back down and sowing it. I found it very poetic, and I feel in Bolivia some people have this close relationship with nature called ‘Pachamama’ and in order to receive from Mother Earth you also have to give to her and, you have to sacrifice for her. Perhaps it doesn’t sound ‘modern’, and killing an animal doesn’t sound ‘rational’ but if you think about it, a sacrifice involves giving up something you love – they love animals and respect them – and I feel like other modern ways of treating animals are much more brutal and savage. So, I think we can learn from this notion of giving in order to receive. It’s such a simple way of understanding life and our relationship with Mother Nature. The opposite sounds brutal actually. We are used to taking and taking and taking but we don’t give and this how we’ve learned to be in the last 300/500 years and it’s very harmful to the environment.

S&C: Has it been possible for Bolivian people to watch your film?  Alejandro Loayza Grisi: The film was released in cinemas a couple of weeks ago, and it has gone down very well. A lot of people have been going to the cinema and they are relating to the story and asking some new questions, which is great for me. We also showed it in the community where we shot the film, and they felt so happy to have their reality being shown in a film. It’s the first time that their culture has been shown in this way. There have been a few other films about the Andean regions and towns but never like this one. I’m so happy that so many Bolivians have shown the film a lot of love and are proud of it.

S&C: do you have any plans for the future?

Alejandro Loayza Grisi: I am going to write a new project that I am really enthusiastic about, also set in Bolivia. It will be about a different part of Bolivia with a different culture and a different language. It will be about senses of regional identity and belonging: the sense of belonging to a place and a culture and family over generations. I already have a character, a universe where it will take place but I am struggling to find the story… At the end of November when Utama stops touring I will be able to start writing and I’m really looking forward to it.

Utama is released in UK cinemas from 25 November