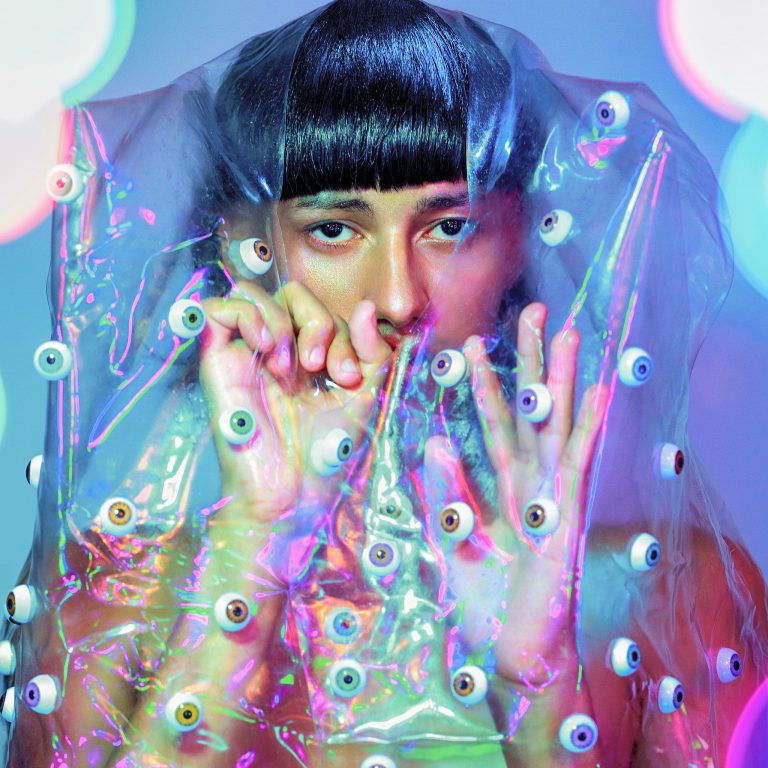 Identifying as both female and male, openly queer and defying gender norms, Brazil’s LGBTQ artists have grown stronger than ever in 2019. The country’s drag queens are using the power of music, dance, the internet and an entourage of Brazilian musicians to break stereotypes.

“No ano passado eu morri, mas esse ano nao morro” (“Last year I died, not this year”) is the iconic chorus of “Amarelo”, a recent track by Emicida that featured Pabllo Vittar alongside fellow non-binary singer Majur. The single, shared widely on digital platforms, is part of a trio collaboration that includes the country’s drag phenomenon and marks a new wave of conscious hip-hop; transmitting a message of force and resistance for the LGBTQ community.

Despite it’s liberal, “joie de vivre” reputation, Brazil is a country with increasingly one of the highest hate crimes against LGBTQ people in the world. According to the non-profit Bahia Gay Group 323 transgender people were murdered in 2016, compared to 260 in 2010.

Thanks to Pabllo Vittar (who has millions of Instagram followers), Brazil’s drag queens are fighting this taboo nationally, within the LGBTQ community and outside of it. Experimenting with different looks, styles, social media platforms, as well as romantic and professional partners, Vittar is at the forefront of this gender-fluid movement. Carving a new identity for this minority, she’s confident that her crew of Brazilian LGBTQ artists are beginning to find acceptance in the midst of her country’s macho culture.

In an interview at Rio de Janeiro’s YouTube studios, before the launch of her latest single, “Corpo Sensual” (Sexy Body) she said, “People have really embraced my ideas, my work, my engagement.”

Some of this success can be attributed to the fact that Brazil is the 4th highest ranking country of internet users in the world, just below the US, with more than one person per household owning a smartphone, including the favelas. As the country gets online, with increasing usage of Spotify and Youtube, this rising trend is giving drags the opportunity to make their voices heard on both a national and global scale, as well as enticing partnerships from those not associated with the scene.

Brazilian musicians are becoming influenced by their beautiful story and are adopting it into their own work. Opening up the discussion, Criolo’s (one of the country’s largest hip-hop artists) latest song “Eterea” has seen him venture down a new path and honour the LGBTQIA+ community. Emicida followed suit with “Amarelo” and, continuing the conversation, Heavy Baile, a Carioca collective recently released a track featuring Tati Quebra Barraco and drag queen Lia Clark. What this shows is that even some of the more stereotypically-macho hip-hop and pop artists are beginning to embrace this part of their Brazilian culture.

With this in mind, we have compiled a list of Brazilian LGBTQ artists who each invite us into their world; who in their own way, are using their talent to push boundaries and create a Brazilian identity others can relate to:

Superstar Pabllo Vittar, the world’s most popular drag queen is originally from the state of Marinhão in the north-east of Brazil. She rose to international stardom when she featured in Major Lazer’s “Sua Cara”, (generating 25 million views) with fellow Brazilian singer Anitta. With her long blonde locks and striking aesthetic, the openly gay transgender singer has 4.9 million followers on Instagram and has collaborated with the likes of Emicida, Mateus Carrillho and even Lucas Lucco.

Queen of “Afro-funk-vogue” and no doubt popular amongst Brazil’s poorer population, trans Brazilian MC Linn Da Quebrada burst into the charts last year with her club hit “Baixa Preta”. Not just fighting against transphobia, her lyrics speak of what it’s like to be poor, femme and black in her country. Her unique, sarcastic style has caught the eye of São Paulo producer BadSista. Her most ambitious project to date, visual album Pajubá, featuring guest vocals by Mulher Pepita, Liniker Barros and Gloria Groove, is a paean to Brazil’s femmes and gays and demonstrates the full spectrum of the country’s non-conforming artists.

A fellow activist at the centre of the Black Community movement, Liniker is part of the band Liniker e os Caramelos, from Brazil but deeply rooted in US soul traditions. The trailblazing trans soul singer’s beautiful single “Zero” is a Brazilian sensation, promising to melt your heart and give your stomach flutters. So swept away by her enchanting lyrics, we escape into her world of pain, sorrow and love amongst 100 million other video viewers. Strength and resilience shine through every moment of her tracks, earning her a place as one of the country’s fastest rising stars.

“Eu vou pra esta cidade” (I’m going to this city) are the lyrics of Jaloo’s mesmerizing single “Céu Azul”. Originally from the Amazonian region of Pará, the Brazilian talent only found acceptance and national fame when he moved to his current city of residence, São Paulo. Chic, honest and sincere, Jaloo not only breaks down gender barriers but also cuts through stereotypical Brazilian music genres. His experimental electro-pop single “Ah Dor!” is a cross-genre masterpiece of tecnobrega, global sounds and Brazilian beats which match his iconic image.

Beautiful, empowered and talented, Gloria Groove is a character. Another Paulisto (São Paulo native) on our list, the singer and actor has earned praise for being one of the only drag queens to retain her masculine voice. She gained the spotlight with her successful baile funk and carnival anthem “Bum Bum de Ouro” which quickly led her to being featured in “Joga Bunda”, along with Vittar and Lovi. She is definitely one to watch.