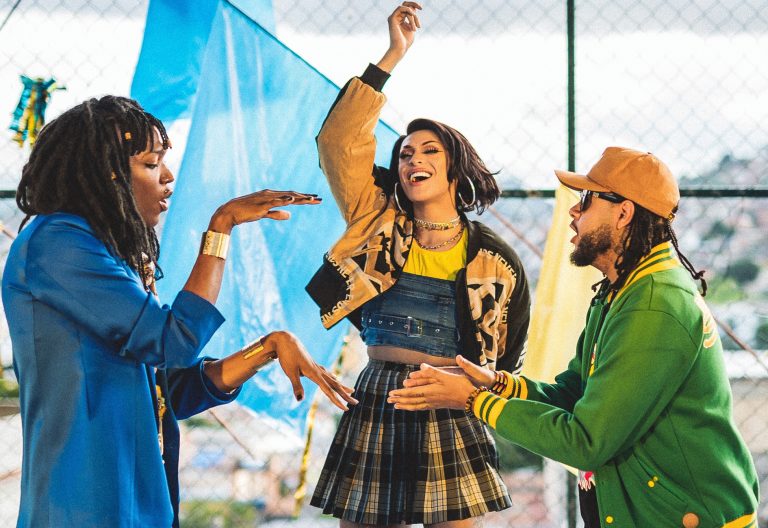 Brazilian rapper Emicida has been busy preparing for his upcoming European tour with a series of new singles, themselves in preparation for an album later this year, and his latest is his most audacious to date. “Amarelo” is built on a chorus from one of Brazil’s biggest pop stars of the 1970s, Belchior (the original Belchior chorus is the sample that begins the song). Keeping that chorus remarkably intact, albeit sung by Majur in his version, Emicida then takes the song into a completely new hip-hop direction, with Pabllo Vittar adding an extra verse and getting in on the final chorus.

“Amarelo” will feature on a limited edition 7″, with another recent single, “Eminência Parda” (featuring Dona Onete) on the reverse-side, that is being released to coincide with Emicida’s upcoming tour. The tour begins in Portugal on July 12th and passes through Spain, Germany, France and Ireland, with a date in London representing his only UK appearance. The 7″ will be released by Sterns Music and will be available on the tour and from Sterns’ Bandcamp.

Emicida will be performing at London’s Jazz Cafe on July 24th.