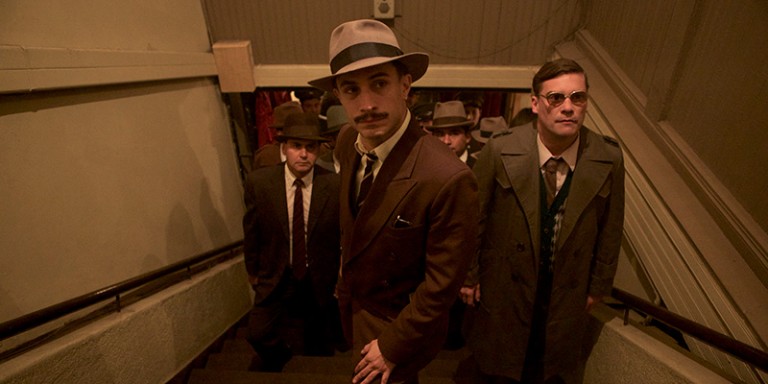 Pablo Larraín’s latest film, Neruda, captures just over a year of the Chilean poet Pablo Neruda’s life. Set from 1946-48 it follows a Chilean police inspector on the hunt for the famous poet after he goes into hiding from the government.

The setting the the beginning of the Cold War and Pablo Neruda, played by Luis Gnecco, has condemned the Chilean government for imprisoning Communist miners. Poliec inspector Oscar Peluchonneau (Gael García Bernal) is ordered to arrest the poet, but Neruda along with his wife Delia del Carril (Mercedes Morán) have gone into hiding. So begins the search that sees Neruda toy with the police, seemingly aware that through his exile and actions he is able to forge his own legend, something which he has eluded to in his book, Canto General.

As well as joining forces with Gael García Bernal once more, following their collaboration in No, the film sees director Pablo Larraín – who only recently released the critically-acclaimed The Club – once more work with regular cast members such as Alfredo Castro, Antonia Zegers and Marcelo Alonso.

Neruda will be receiving it’s première as part of Cannes’ Directors’ Fortnight. You can watch the trailer for the film below: