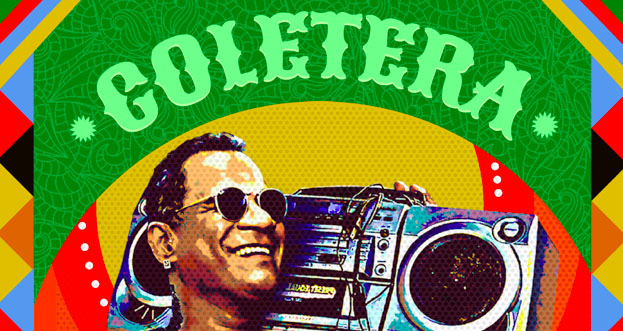 Coletera, which dropped the 25th of August, is 12-tracks of high energy Caribbean-infused music with elements of bullerengue, son de negro, jalao and chalupa; mixed with electrónica and soukous. It’s anything but cumbia, says Gonzalo Prieto, the band’s lead singer.

“We wanted to give prominence to the many other genres that come from Colombia,” he says.

Learn more about the sextet, who hail from Barranquilla and formed in 2005 in Bogotá, here. And, as for the album’s name, Prieto tells us coletera has its origins in the friars of the Order of the Augustinian Recollects, who smoked weed in an effort to understand the bible.

“It’s a blend of music from the Caribbean coast and an ensemble of many tastes all emanating from the music and folklore from our land—the Caribbean. That’s the common thread among our band members—we go through life immersed in this music, using it as a language.”

Watch the band perform “Coleto Enamorao,” one of the tracks from the new album, below.

Grab the album on Amazon, or stream it on Spotify.