In a Nutshell: Cumbia

“In my land people dance to cumbia with candles and the drum gets happy.”
Muchachas Cumbiamberas, Andres Landero

During my first visit to South America I held Cumbia in nothing but total disdain. It seemed to be a loud, obnoxious music constantly blasting out an identical beat from bus speakers, from out of houses and on every street or place where I found myself. A couple of years later I heard Lucho Bermudez and everything changed. The rhythm was the same but there was a sense of place to the music, a joy to the performance and a jauntiness that I never found in the popular Cumbia tunes that captured much of South and Central America. To find the beginnings of Cumbia you have to go back to the end of the seventeeth century and the days of slavery. The slaves, with their owners discretion, would hold dances based on rituals brought over from Guinea in West Africa. A couple would set out in the middle of the room, the man trying his best to get the lady’s attention while she pretends not to be interested. The rest of the group would dance around them in circles. In the days before electricity this would all be done under the light of candles, something which is evoked in many of the traditional lyrics where the candle takes on special significance. Dances would be propelled by singing and percussion, which would consist of a number of African-style drums as well as maracas and home-made shakers.

The music would evolve into what we now know as Cumbia and during the 50s and 60s would be popularized in Colombia, as well as many other countries including Venezuela and Mexico.

What’s it like?
Cumbia now exists in a number of different forms; in its traditional form where it would consist solely of percussion instruments, or where a flute-like instrument would be added to the ensemble. This also has some variations with the accordion being used as the lead instrument, and sometimes sees some overlap with Vallenato, another massively-popular rhythm from Colombia which uses the accordion. During its popularization other Latin influences began to make their mark also. For instance, Lucho Bermudez (mentioned above) incorporated horns and piano into his sound which gave it more of the Cuban big-band feel. The bass and drum kit (as opposed to African drums) were also added around this time in its history and are now common in both modern and traditional Cumbias. Modern styles tend to follow the deejaying principle where producers will create a rhythm and then various singers or MCs will add their themes in order to try and make it a hit.

The most discernible element of Cumbia is the double beat played on maracas or a shaker-type instrument. This gives the rhythm its momentum, it’s as if the double beat is pushing you towards the end of the song. Another common ingredient is for a constant, single beat that keeps time thoughout the record. This is sometimes played on an instrument that sounds very much like a cow bell. Melodically, there is a tendency to use an alternating, 2-note melody, most likely played on bass, which can give it a bouncy feel.

Where can I find it?
Cumbia is ubiquitous in South and Central America, especially along the Pacific coast, where it has travelled as far South as Argentina and Chile and as North as Mexico. Cumbia became big in Argentina in the 90s and has now developed its own style, using elements of Argentine folk music and taking the title Cumbia Villera, which basically translates as ‘shantytown Cumbia.’ Mexican Cumbia is known as Cumbia Sonidera, and in Peru where they have also amalgamated it with their own music it is known simply as Peruvian Cumbia.

One of the enduring qualities of Cumbia is its ability to make people dance, thanks to its shuffling rhythm and constant, lolling beat. Not surprisingly then the main place you will find Cumbia is at the local disco or nightclub. This can be said to be true all over the Americas where both Cumbia and Reggaeton, as well as some local variations, are taken as the popular Latin beats.

Traditional Cumbia is a lot harder to find. The boom years for Colombian music were in the 50s and 60s when they had close links with Panama, Cuba, Peru and Venezuela, and musicians would travel between these countries, releasing 7” records with which they would hope to fill the airwaves. A number of social and economic factors affected Colombia from the 70s onwards and it’s fair to say that the boom has died down, but interest from overseas has seen something of a renaissance with both English and American producers and record label owners mining the country for some of its long-forgotten talents.

What else should I know?
Colombia has the largest African population outside of Africa. In the 1970s records by Fela Kuti and other Afro-beat and High-life stars became hugely popular in Colombia and local musicians would make their own versions of these songs. Surprisingly they could also understand some words, thanks to the creole language that was a mix of Colombian Spanish and their native tongues. Many of these records were over-looked in their day as the record-buying public was seen mostly as being white and middle or upper class but interest has since increased. The excellent Champeta Criolla compilation by Soundway Records is a great document of this music, collectively known as champeta, although some songs could also be seen as Cumbia or Cumbia hybrids.

Recommended listening
A great introduction to Cumbia is the Rough Guide to Cumbia compilation. This is a great overview of the rhythm with tracks from a number of different eras, and using a variety of instrumentation. Also try hunting down any releases by Lucho Bermudez although no-one has released a definitive compilation of his work as of yet. 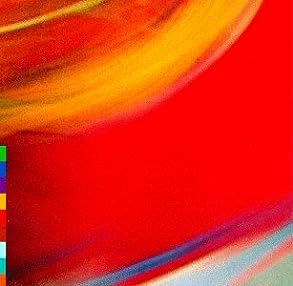 Toto La Momposina is an artist that has covered many different forms of traditional Colombian music, including Cumbia. She has been recording since the 60s and is still active. La Candela Viva (1993) in particular has some strong Cumbia tunes, albeit with an African influence on many of the tracks. The bassist Pedro Laza has a good compilation by the legendary Discos Fuente label available on Amazon. One final recommendation would be the Caja Y Guacharacha compilation on Mochilla Records. Compiled by Quantic (who we have interviewed here at Sounds and Colours), a British producer based in Colombia, it is a good mix of Cumbia, Puya and Porro.

Categories: Colombia, In a Nutshell