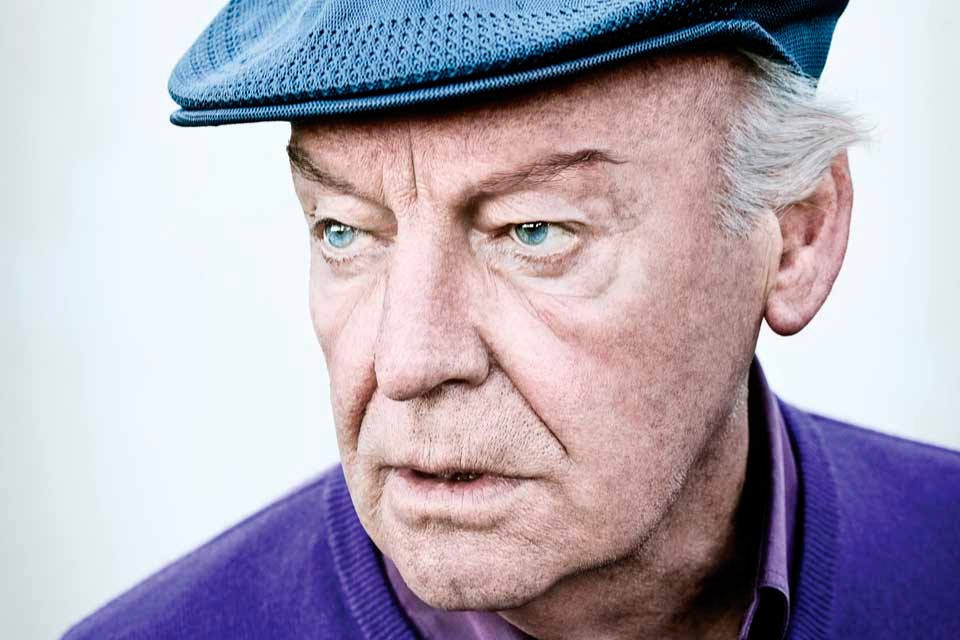 “Now I feel more than ever proud of having been born in America, in this shit, in this marvel”: an insight into the works and legacy of Eduardo Galeano.

“¡Un clasico!”, I glanced over to see an elderly gentleman sat with his granddaughter, beaming at me across the aisle of the cramped bus. I was confused. “The book” he continued as the bus weaved through the streets of La Paz, “it’s very important, everyone should read it!” Having recently borrowed Eduardo Galeano’s Open Veins of Latin America (Las Venas Abiertas de América Latina, 1971) from a far worldlier friend, I had no idea of its wider significance but I nodded and smiled nonetheless, hoping this simple gesture of agreement would spare me from putting my embarrassing patchwork of Spanish to the test with a chat about politics. It took me another 10 minutes or so to realize I had taken the wrong bus and several years to realize the importance of Eduardo Galeano to this friendly chap and countless others in Latin America.

A year before this encounter and thirty eight after its original publication, Galeano’s magnum opus had once again garnered international attention as Venezuelan president Hugo Chávez gifted a copy to his US counterpart Barack Obama. The significance of this gesture was palpable; the work is a damning critique of the Europeans and later North Americans who had exploited Latin America as a source of both material and human capital. Shortly after having penned Open Veins, Galeano became one of many writers, poets and musicians forced into exile by the rise of the Uruguayan military junta which in itself was a cog of Operaciόn Cόndor, a US-backed counter-socialist scheme of repression which linked the Southern Cone dictatorships. Undoubtedly Chávez and countless other Latin Americans would have regarded Galeano’s work as essential reading for the First Term American President. Whilst his words warrant a great deal of scepticism, it seems somehow fitting in the wake of this champion of counter-imperialism’s passing – Galeano passed away on 13th April 2015 -, that Obama should remark ahead of the Summit of the Americas that “the days in which our agenda in this hemisphere presumed that the United States could meddle with impunity, those days are past”.

Galeano’s career in journalism had taken flight in the early 1960s during which time he worked as the director of La Marcha, an influential Uruguayan weekly which also gave a voice to noted Latin American contemporaries including Mario Vargas Llosa, a creative atmosphere which likely nurtured the unique character of his literature and scholarship. In Open Veins and later the Memory of Fire (Memoria Del Fuego, 1982-86) trilogy written during his years of exile, Galeano was fascinated by the notion of memory. This affinity with social memory had started in an era long before it had become a common staple of the humanities and social sciences. Galeano affirmed that traditional or “official” histories had engendered a form of social amnesia, whereby the conditions which created inequalities across Latin America were forgotten, pointing to the city plaza’s lined with statues of “the exterminators of the Indians” and the “traffickers of slaves” as evidence of the phenomenon. Discarding “official history”, in Open Veins Galeano sought to recover the voice of the continent’s marginalized and subdued, his resulting prose was both acerbic and laced with vivid imagery. how to take fake id photo. Unsurprisingly the piece made Galeano a galvanizing icon of the left in Latin America, his uncompromising approach coupled with undeniable literary skill rendered the book emblematic for many movements.

More powerful narrative than historical study, in later reflections Galeano attributed his style to a lack of formal training: “Open Veins tried to be a political economy book, but I simply didn’t have the necessary education”. Placing the author’s modesty aside, the work clearly bore the marks of his time at La Marcha and La Epoca as well as the wider influence of the magical realism of the ‘Latin American Boom’. This mythical flair was especially evident in the Memory of Fire trilogy in which Galeano opted to write in temporally continuous but geographically shifting vignettes of Pan-American history. As one might expect from a historian (not that Galeano necessarily considered himself amongst them), his sources are neatly listed for all to see, however these episodes and legends were imbued by the author’s imagination. Poetically and politically charged with Marxism, the vignettes form an epic tapestry of the victimization of the Americas from the pre-Columbian period and up to the mid 1980s. Some academic reviews have noted that whilst enthralling, his artistic license at times reinforced outdated conceptions of the Americas, such as the noble savage trope, however the Uruguayan’s works habitually defied categorization by genre and such critiques are equally ill-fitting.

Aside from his role as Latin America’s ‘ethical historian’, Galeano’s reputation as an admirer and chronicler of football was well established. His book Soccer in Sun and Shadow remains widely regarded as one of the seminal texts about the beautiful game. Serving as a humorous and comprehensive history of the sport, much like the late Argentine academic Eduardo Archetti, he also paints football as a microcosm of Latin America, sharing the same cultural traits, glories and tragedies.

Galeano again applied the episodic format once more to his final books. 2012’s Children of the Days charts human history’s most noteworthy events as they were defined by Galeano, from the predictable: the fall of Alexandria, to his insightful curve balls: the birth of Rupert Murdoch. His final work, the posthumously released Women, promises to focus on the most remarkable lives and stories of women throughout history.

Whilst less heralded outside of the Hispanosphere than contemporaries such as Garcia Marquez, Fuentes and Vargas Llosa, Galeano’s inimitable approach to life and literature justify the lofty tributes he has received in recent days. His obvious standing as a leftist firebrand may leave his legacy less universally recognized than those of his contemporaries, however his embrace and fervent defence of the entirety of Latin America will ensure he retains a place in its memories and hearts.

Find out more about Eduardo Galeano in our special focus.