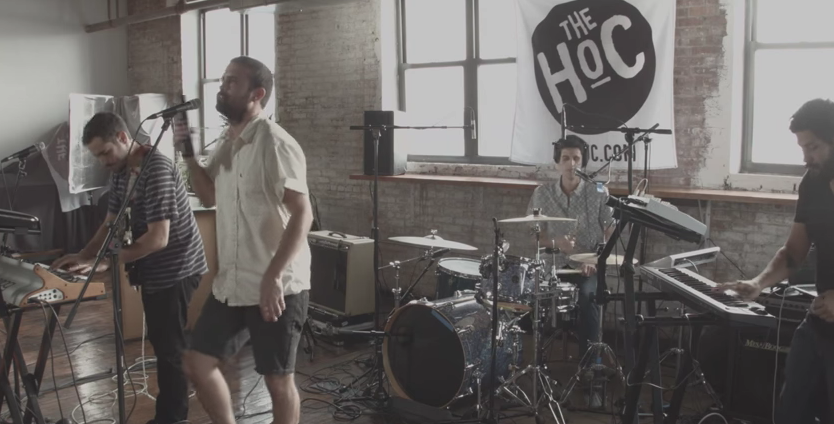 The exclusive and intimate performances Sounds and Colours is able to bring you, thanks to a collaboration with the House of Creatives (The HoC), a creative platform run via NYC’s Mishu Music record label, continues with Chile’s Gepe and Puerto Rico indie duo, Los Wálters.

The performances were shot in July during LAMC at the HoC studios at the Mishu offices on the waterfront in Greenpoint, Brooklyn. (Missed the first pair of videos? Watch here.)

“Friendship is the glue of this project. Our creative process is pure collaboration and nowadays with all the technology and all the tools like it’s pretty easy to bring it together [when we live in different parts of the world],” say Los Wálters, who tell us they got together via a “wireless collaboration” between cities. Their three musical projects, Los Wálters (EP), #ponteelcasco, and Verano Panorámico, were made while the pair were living separately as they always do, in places like San Juan, Philadelphia, Barcelona, São Paulo, and Miami. Now, that’s a modern musical duo! Watch them perform “Urbanización,” off Verano Panorámico, below.

We’re unbridled fans of Chile’s Gepe, and his work. This intimate performance of “Hambre” is a nice departure from the upbeat performance he usually gives on stage. Even without his fantastic backup dancers, we enjoy this song for its play on lyrics.

“I don’t like to differentiate between singing in Spanish versus English or even Chinese or other languages, it shouldn’t make a difference,” he says. “In fact, when I was a kid in Chile I listened to music in English without understanding anything and I enjoyed it equally as much. I suppose the inverse should be just the same, if an American or Canadian or English person hears my music in Spanish and they don’t understand what i’m saying, it should be perfectly fine.”

Keep up with the Hoc on their Facebook page, and stay tuned for another edition of these videos in the coming week.