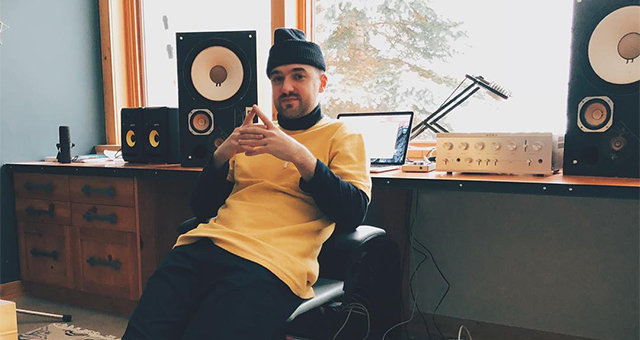 It’s been quite a while since we’ve been fortunate enough to get a new mixtape by New York City’s Uproot Andy. Well, luck is on our side, as he’s teamed up with fashion brand Studio 189 to release “Bumper to Bumper” mixtape via the Fader. The 70-minute mix takes us all over the diaspora, from afrobeats to baile funk and dembow, and everything in between.

Founded by actress and activist Rosario Dawson and Abrima Erwiah, Studio 189 launched in 2013 and is based in Ghana and New York City. Its mission is to support African brands and creatives by providing them with the necessary platforms and resources to succeed.

“The way Studio 189 works with clothes and as a brand reflects something I’ve always tried to do with music as a dj and a producer, celebrate the uniqueness of different genres that find their way to New York while highlighting and building on their interconnectedness,” he said. “Musicians have always drawn from different genres and cultures for inspiration but today it happens faster than ever. The way afrobeats is influencing hip hop and reggaeton is influencing afrobeats and baile funk is influencing dominican dembow, its really exciting to these connections become more and more explicit. Still, for the most part, music is sold within specific language markets and is separated by language at most events. With this mix I wanted to emphasize the shared culture of the different genres and remix the songs so as to blur the distinctions between them, so that it would flow together and feel like one style even as the language of the singing changes from song to song.

Listen to the mix below and grab tickets/an RSVP here for its premiere party in Manhattan on Thursday, the 25th of January, featuring a special performance by Bomba Estereo’s Li Saumet.