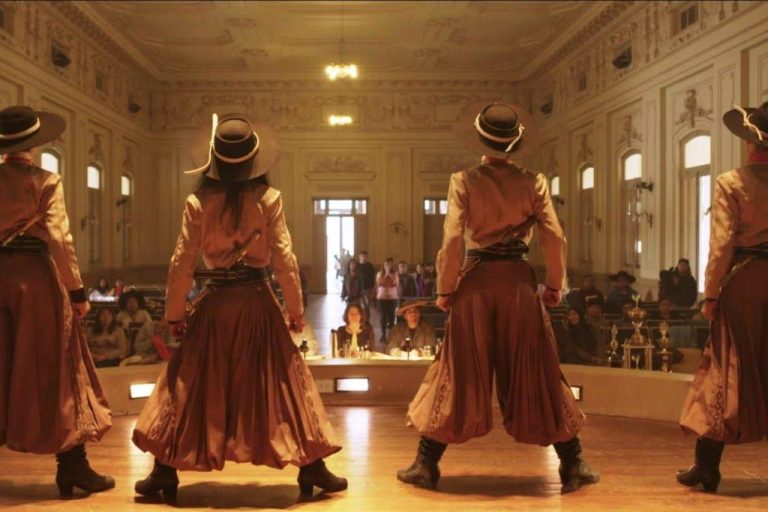 ¡VIVA! Festival Returns to HOME Manchester for its 28th Edition

Barely six months since its last edition, The UK’s largest and most popular celebration of Spanish and Latin American culture – ¡Viva! Festival – returns to HOME Manchester for its 28th film fiesta, which runs 18 March-7 April.

With 14 titles from Latin America making up more than half the 2022 programme, the Latin American offering spans a diverse range of peoples and stories. There are tales of UFO cults in Peru, a Jewish-Argentine spy in 1960s Buenos Aires, lesbian activists in 1970s Mexico, and the Kukama river people of the Amazon region, amongst the films from Argentina, Brazil, Chile, Colombia, Costa Rica, Dominican Republic, Mexico and Peru. As always, the festival also includes a selection of the most exciting contemporary Spanish cinema, in addition to two archive screenings from Spanish director Luis García Berlanga this year, as well as director Q&As, and special events such as the ever-popular Café Cervantes Spanish-language get-together and the Language Lab study session.

Four Latin American films will receive their UK premiere at the 28th edition of ¡Viva!  In Contactado (Contactee), Mariana Rondón and Marité Ugas, the filmmaking duo behind the 2013 San Sebastian Golden Seashell winner Pelo Malo, turn their attention to the weird and wonderful world of cults, alien conspiracy theories and Andean legends that all swirl around the city of Lima. Meanwhile, from Argentina, Gabriel Matías Lichtmann’s La estrella roja (The Red Star) is an inventive, genre-bending romp based on a fascinating mythical heroine, Laila Salama, a Jewish Argentine spy here credited with a role in the 1960 kidnapping of Nazi war criminal Adolf Eichmann in Buenos Aires. Joan Gómez Endara´s El árbol rojo (The Red Tree) and Henry Rincón´s La ciudad de las fieras (The City of Wild Beasts) both take us deep into the Colombian mountains to examine the bonds that are formed between intergenerational relations.

Also from Colombia, which features the majority of films from the Latin American countries on show this year, are Simón Mesa Soto´s Amparo and Juan Sebastián Mesa´s La Roya (The Rust). Soto´s debut feature Amparo, which had its premiere in the Critics Week section in Cannes last year, is an intense, semi-autobiographical tale in which a single mother has just two fraught days to rescue her 18 year old son from being actively drawn into Colombia’s civil conflict after he is forcibly recruited into the military. In La Roya, set against the background of a coffee plantation in Antioquia, city and countryside are placed in contrast with one another through the story of a man who is the only one of generation not to migrate to the city.

In addition to the premieres, there will also be special introductions for four other films. Nathalie Alvarez Mesen’s Clara Sola, a multi-award winning and mesmerising tale of self-discovery from Costa Rica, will receive a special preview screening, with an introduction from Dr Carmen Herrero from Manchester Metropolitan University. From Argentina, Micaela Gonzalo’s La chica nueva (The New Girl) and Félix Juan Pablo’s Karnawal, are set at opposite ends of the country with La chica nueva based in the remote southern province of Tierra del Fuego, and Karnawal in the atmospheric borderlands between Argentina and Bolivia in the north. Finally, Rachel Hayward, HOME’s Head of Film, will introduce Ivan Herrera’s Bantú Mama, a contemporary tale from the Dominican Republic about a deliberately different kind of re-encounter between Africa and the Caribbean.

Completing the Latin American line-up are four more films that reveal the often-underrepresented peoples and marginalised groups in Latin America. Tatiana Claudia Castillo´s short Un amor en rebeldía (A Rebellion for Love) looks at the instrumental role played by Yan María Castro in Mexico of the 70s, as one of the founders of the of the first lesbian organisations in a context of discrimination and repression. Nudo mixteco, from Ángeles Cruz, another Mexican female filmmaker, centres on three indigenous women challenging the toxicity of a patriarchal culture. Mis hermanos sueñan despiertos (My Brothers Dream Awake) the second feature from Mapuche director Claudia Huaiquimilla examines the lives of a group of youths in a juvenile prison in the south of Chile which society has all but abandoned. In contrast, Miguel Araoz´s short animated film Y así aparecieron los ríos (And That’s How The Rivers Came To Be) takes us into the magical and beautiful world of the Kukama people who navigate the vast winding rivers of the Amazon region, reminding us of our sacred connection to water.

Tickets for the 28th ¡Viva! Spanish and Latin American Festival are now on sale. The full programme can be viewed here.