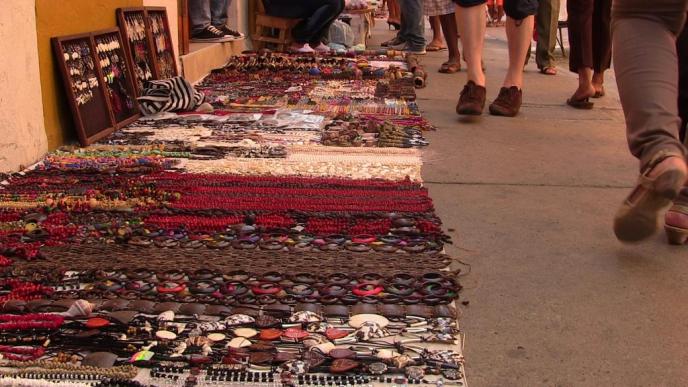 Class and Tourism: Chatting with a Local Shoeshiner

During my second day in town, as I was walking leisurely through the brightly coloured streets dripping in sweat and searching for a cheap spot to grab a bite for lunch, I came across a small, dark, sort of rugged and free-of-tourists restaurant and made my way in. I sat next to the window so I could watch people while I ate. The few people inside the restaurant were joking with each other while watching una película gringa (an American movie) on a small television hanging in the corner behind a small bar. I didn’t catch the name, but according to the one waiter working, it was “muy buena.”

The meal was nice, and as I was loading a to-go container, a small man walked by the open window I was sitting next to and asked me if he could have my leftover food. I thought for a moment while continuing to push the meat and potatoes from my plate to the container and then handed it to him after he looked me in the eyes and said rather earnestly, “por favor.”

As he walked away, I called out to him and asked if he would come back. I wanted him to do me just one little favor: talk to me.

Gido José is a shoeshiner who works in El Centro Histórico. He moved to Cartagena about three years ago from Carmen de Bolivar II, where he had just finished taking several computer science courses. Since moving, he has lived in Chambacú, a small working class neighbourhood east of the city’s centre. He takes a ten minute long bus to get to town everyday, and works all day long. For lunch, he frequently leaves El Centro Histórico because he can’t afford the standard $8.00 to $15.00 meals catered to tourists at nearly all the cafes and restaurants within the centre’s walls. I asked him about the computer science jobs here in the city.

Gido: “Here in the city, it’s extremely hard to get a job like that. You have to know wealthy people at the companies, and there are tons of requirements. They don’t know me here, so they wouldn’t give me a job.”

Surprised by his response, I waited, and wondered.

Gido: “They live outside… in the plazas and the small parks. They sleep there.”

*Note: all quotes in this post have been translated by the author