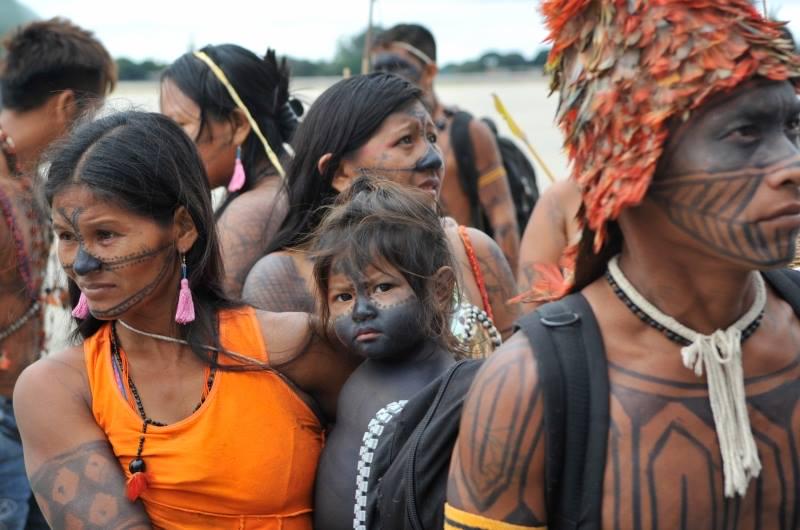 Just three days remain to support this passionate project launched by Nayana Fernandez/MiráPorã to help preserve the ancestral territory of Munduruku Indians who are in danger of their land laying victim – as we’ve seen too often already – to the Brazilian Government’s plans for building a network of dams across the Amazon.

Nayana visited the Amazon in late 2013 and early 2014 to film a documentary, telling the story of the Munduruku Indians and their current struggle, and this documentary now sits at the heart of a fundraising campaign intended to help the Mundurukus demarcate their land, legalize their associations and further tell their story (via additional dissemination of the film).

Money for the campaign is currently being raised via Indiegogo. Just click HERE if you would like to contribute and help the cause.

And please note that although this campaign may not reach its target please note that this is an Indiegogo Flexible Funding campaign and even if it does not meet its goal the campaigners will still receive the money raised and thus it will still go to a good cause, so please do not hesitate if you’d like to contribute.

Here’s some more info regarding the campaign, followed by the 25 minute documentary:

“The Brazilian government is embarking on a far-reaching plan to build a network of dams across the Amazon, destroying biodiversity and disrupting the way of life of thousands of Amerindians and other local populations. Now that the work is well under way on the huge Belo Monte dam on the Xingu river, the government is pushing ahead with its next big project – a series of dams on the Tapajos river. But 12,000 Munduruku Indians, long feared as warriors, live here and are fighting back.

Currently, their main efforts are focussed on the autonomous process of mapping out their ancestral territory in the northern Brazilian Amazon, and prevent its destruction. This landmark mission was initiated last October 17, 2014, after 13 years waiting for official recognition from the Brazilian Government.

In a partnership among five groups that share and expand a discourse in favour of the Indigenous authonomy, this crowdfunding campaign was developed. Together, the Munduruku organizations “Iperêg Ayû”, “Da’uk” and “Pahyhyp”, the production of the documentary “The Munduruku Indians: Weaving Resistance” (MiráPorã), and the collective “Amazônia em Chamas” can support the Munduruku people on their struggle for justice and peace on their sacred land.”

If you’d like to contribute to this campaign please visit indiegogo.com/projects/munduruku-campaign-campanha-munduruku/x/627815