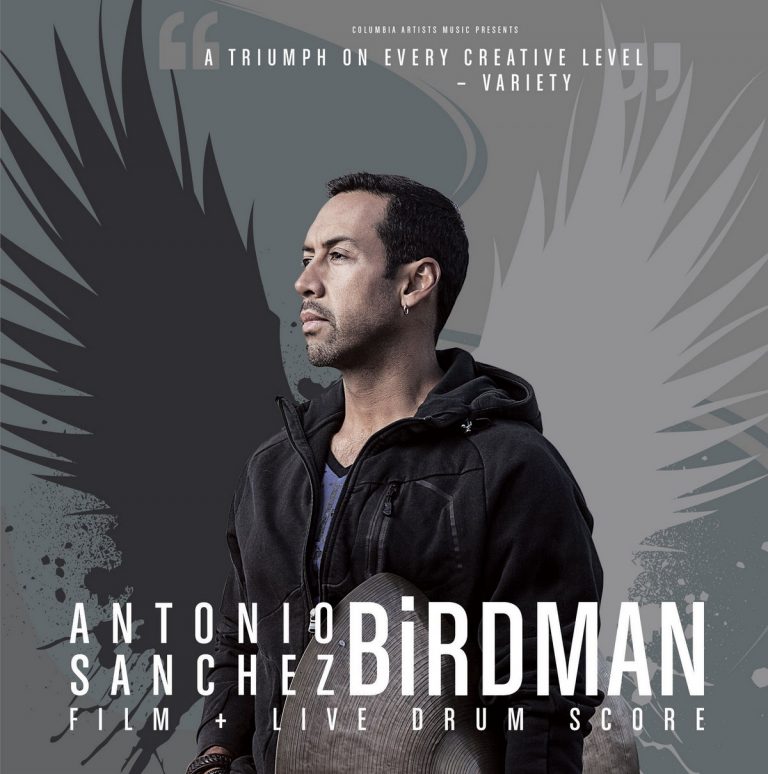 If you’ve seen Alejandro González Iñárritu’s Oscar-winning film Birdman then you’ve almost certainly taken note of its score. Performed by jazz drummer Antonio Sanchez, it’s a score that brings restless energy to the film, giving the film its rhythm. It’s Sanchez’s improvised drumming which both propels the film forward and guides the audience in the rhythms of the characters, building and releasing their tensions. It’s so unusual to hear drumming as the main component of a score, but it makes perfect sense in Birdman, Sanchez’s drumming becoming the pulse of the world in which the characters inhabit.

Sanchez, who has worked with musicians including Herbie Hancock, Miguel Zenón, Chick Corea and Pat Metheny in his career, will perform the Birdman score live in London on Saturday 4th May, accompanying a screening of the film. Blurring the boundaries between jazz concert and film screening, it will be a great opportunity to see Sanchez build on the music he created for the film, and let it once more guide you through the characters emotions and internal dialogues.

Watch the trailer for the live score below:

You can see an even more in-depth video about the making of the Birdman score here: