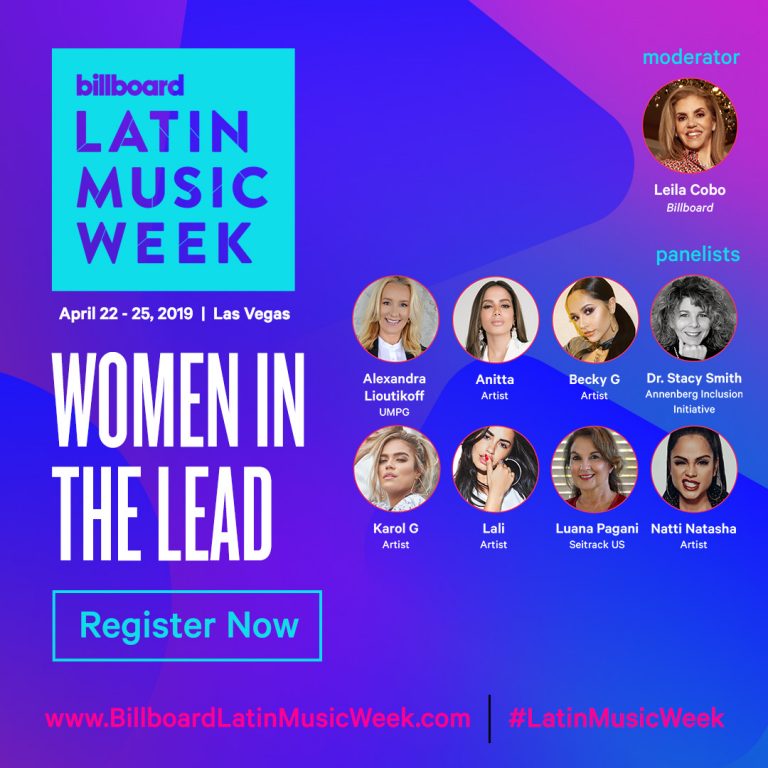 Becky G is the latest name to be added to a panel which is already loaded with talent. She will join with Anitta, Karol G, Lali and Natti Natasha for the Women In the Lead panel, which is already looking like one of the highlights at this year’s Billboard Latin Music Week.

Taking place at Las Vegas’ The Venetian Hotel, the Billboard Latin Music Week will take place from April 22nd until the 25th. The Women In the Lead panel is scheduled for Wendesday April 24th, and is one of a number of sure-to-be-interesting panels at the event. Other potential highlights include the a discussion of The Evolution of Latinx and Latin Music Fans and discussions on the star-making potential of YouTube. There will also be Q&A’s, with Ozuna just recently announced for April 23rd.

If you’re interested in attending Billboard Latin Music Week then register here and make sure you use the offer code SAC19 to get a discount on us.