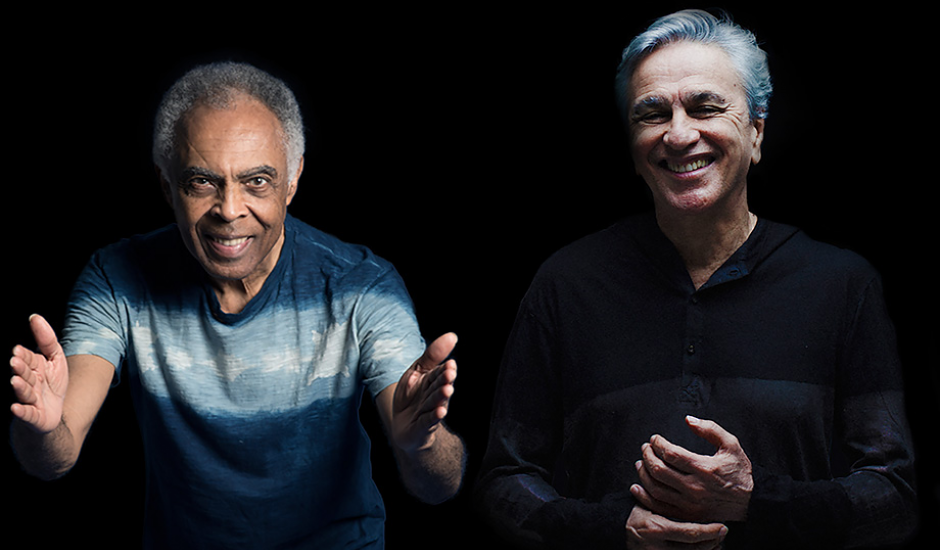 Brazilian legends Caetano Veloso and Gilberto Gil have just announced a joint show to be held at London’s Eventim Apollo Hammersmith in July. The duo – responsible for the birth of tropicália and for countless great works over the past 50 years – really should need no introduction (at least to our well-informed Sounds and Colours readers!)

What needs to be said though is that this is a joint-headlining show with the two greats performing together, something which they have done on a number of occasions before, but rarely in London. We can only wonder what their repertoire will include but you can be sure there will be a few 60s gems, as well as tracks taken from their 1993 collaborative album Tropicália 2.

Caetano and Gilberto will perform at the Eventim Apollo Hammersmith on Wednesday 1st July. More details of the show can be found at serious.org.uk/events/info/caetano-veloso-gilberto-gil-support

The duo will also be performing together in Paris (France), Copenhagen (Denmark) and Barcelona (Spain).

You can read our interview with Gilberto Gil here.

Here’s a little clip of them performing together back in 1993: