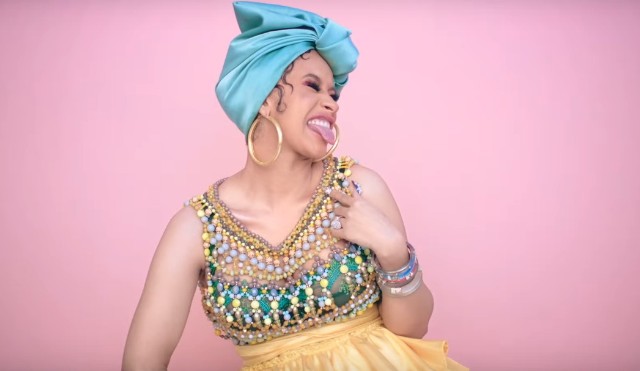 Undoubtedly more than a trend on mainstream US urban charts, Spanish lyrics and Latin rhythms are taking over North American airwaves and worldwide digital channels in equal measures. One of the most prominent figures behind this paradigm shift is Dominican-descendent Cardi B, especially in her recent collaboration on Jennifer Lopez’s bachata trap track “Dinero” and now with her salsa-infused banger “I Like It”.

The song, sampling the Fania classic “I Like It Like That” by Pete Rodriguez features Spanish verses with references to Celia Cruz and Eddie Guerrero by none other than the infamous Latin trap star Bad Bunny and J Balvin, whose Vibras reggaeton album has taken the Anglo market by storm. The collaboration’s colourful video has just been released and has already amassed over two million views and counting in less than a day.