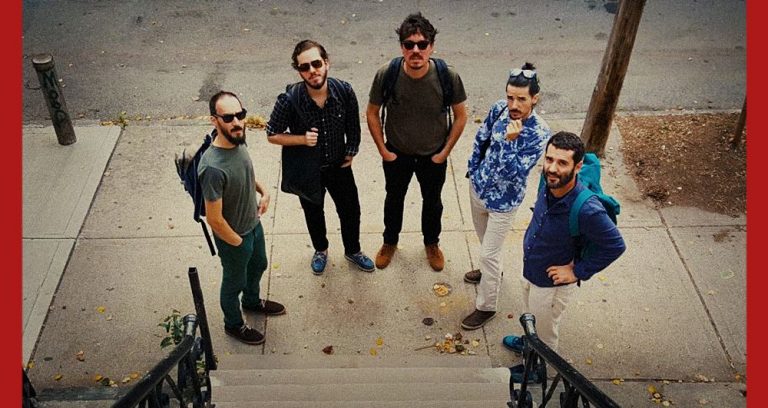 In the five years I’ve written for Sounds and Colours, I’ve covered bands that sing in English, Spanish, and Portuguese. And since there is a first time for everything, this post is about a “indie psychedelic progressive pop” band from Spain that performs in Catalan.

El Petit de Cal Eril, which translates to the youngest son of Cal Eril, are playing at the Footlight Bar in Ridgewood, Queens, on the border with Brooklyn, on Thursday, 20th of September. Details here.

The band are veterans of playing the well-known Primavera Sound festival that takes place each May in Spain. (Watch them discuss playing their brand of folk at that festival with Red Bull TV.)

El Petit de Cal Eril is led by Joan Pons, who hails from Guissona, Segarra, which many refer to as a “sanctuary of new Catalan pop.”

According to Primavera Sound organizers, “Pons has, with careful dedication, built one of the most exemplary careers in contemporary folk. With one foot in traditional song and the other in homespun psychedelia and a handful of albums on which he alternates the naive with the transcendental, the Catalan artist has made El Petit de Cal Eril an unpredictable and vitalist exercise in the love of music that is perfectly reflected in La Força, a magical and evocative album with which the Catalan musician delves into the intimacy of folk accompanied by Jordi Matas.”

Watch their performance of “El Plor” below.