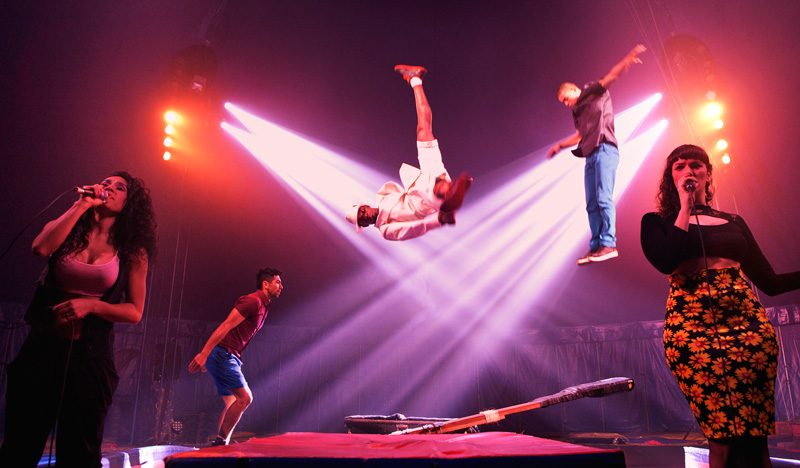 After their triumph performances in 2010, 2011 and 2012, Colombia’s circus/dance group Circolombia are back in London, and more specifically back at their original stomping ground in the capital, the Roundhouse, to present their new show Acelere.

Mixing spectacular circus skills with dance and music, Circolombia will be performing the UK première of their latest production Acelere at the Roundhouse from Tuesday 14th April until Sunday 3rd May. According to the press release: “Acelere is inspired by Colombia’s diverse communities and features 14 of the most talented performers from across Colombia.”

All of the performers were trained at Colombia’s National School of Circo Para Todos (“Circus For All”), a school that supports vulnerable and at risk people by offering them the chance to learn new skills and eventually become a professional circus performer.

More details of the performance, including ticket links, can be found at roundhouse.org.uk/whats-on/2015/circolombia