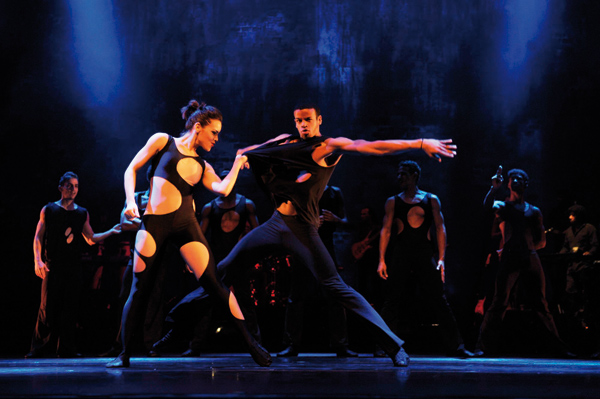 After a hugely successful run in London last year, the crew of Ballet Revolución are back at Sadler’s Wells Peacock Theatre for a three-week run of their high-energy show mixing ballet and contemporary dance with a hip-hop and Latin soundtrack.

Ballet Revolución feature some of Cuba’s finest dancers, many of whom trained at renowned Cuban conservatoires such as the Escuela Nacional de Arte. The dancers are accompanied by a live band, playing popular songs by the likes of Beyoncé, Shakira and J-Lo. The show is choreographed by Aaron Cash and Roclan Gonzalez Chavez.

Watch their Royal Variety Performance in 2012 for an idea of what’s in store:

The show will be running from 6th March until 23rd March 2013 at the Sadlers Well’s Peacock Theatre.

You can book tickets for the show via sadlerswells.com/show/Ballet-Revolucion-2013

Listen to music from the show via Spotify