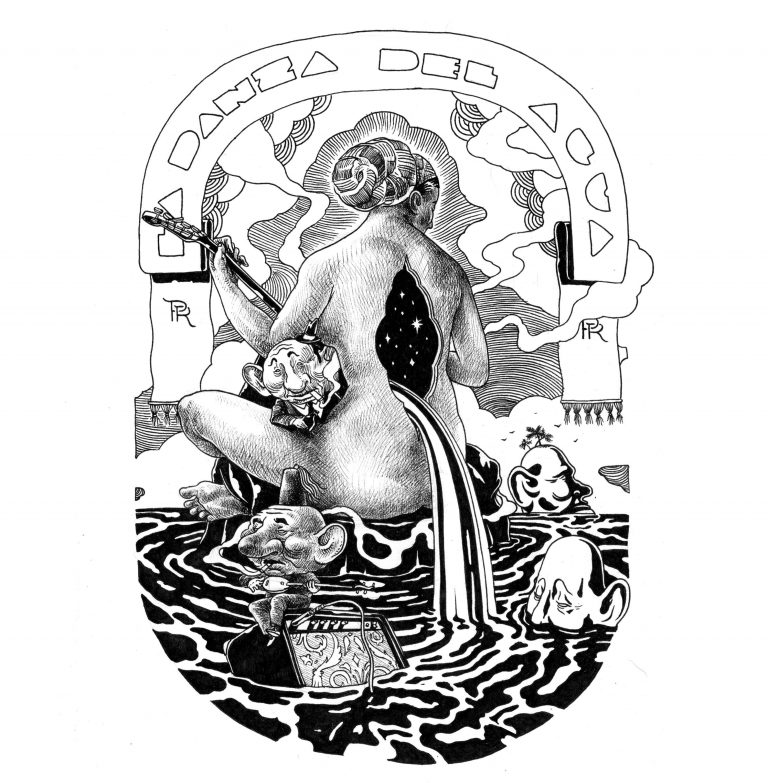 Discrepant Records have gathered together 12 tracks from Pakapi Records’ essential compilations of experimental Latin American music for a brand new vinyl release. Pakapi originally released La Danza del Agua as a two-part limited edition cassette release in 2017. Featuring 38 tracks in total, the compilation offered the chance to get to know some of Latin America’s more inglorious names. From the deconstructed rock of Alan Courtis, through Wellman’s digital cumbia vamps and José Soberanes’ ambient noise, and on to the skronky folk of Pandelindo, these were compilations devoted to Latin America’s marginal musicians.

Discrepant have now distilled down the original two compilations to 12 tracks for a vinyl release. Tomás Tello, Joa Joys, Wellman, Pandelindo, Horacio, M3Y, José Soberanes, Gil Sanson, Ciudad Satélite, Gustavo Obligado, Manrico Montero and Simón vs Saimon are the artists to feature on the compilation, a roster culled from Argentina, Mexico, Peru, Bolivia and Venezuela. Discrepant have taken to describing the record as such: “this compilation shines a wider light on new and exciting sounds from the vast continent with a wide range of styles such as digital cumbias, sound experimentation, freak folk, noise, exotica, danceable beats and much more, mixed together to give life to the continuing strange world of contemporary South American experimental music.”