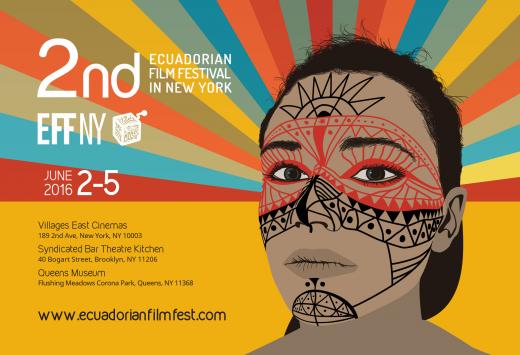 Organised by the New York-based independent organisation, Maravilla, the Ecuadorian Film Festival of New York is coming for its 2nd edition in 2-5 June. This year’s festival will present an amazing line-up of 10 feature films and 17 short films, including U.S premières and one world première.

The festival will open with Micaela Rueda’s feature film UIO: Take Me for a Ride, exploring the complicated relationship of a young teenager, in her last year of high school, with her new classmate. Other highlights include the world première of the documentary Dreamtown directed by Betty Bastidas, and Tomás Astudillo’s Moments of Campaign, a documentary following Rafael Correa’s frenzied campaign and tour before his third election as President of Ecuador.

Half of the money raised through ticket sales will be donated to the Ecuadorian Shelter Initiative, in order to honour the victims of the devastating earthquake that hit Ecuador in April and support the housing reconstruction programs.

For more information on the full line-up and tickets: ecuadorianfilmfest.com