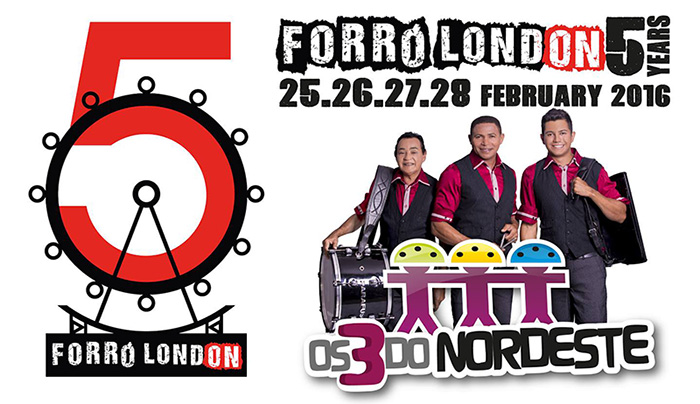 Forró London Festival is coming back again this year to celebrate its 5th anniversary in London.

This year the festival will take place from the 25th to the 28th of February in various locations around London and will give the opportunity to enjoy three unique days of forró dance and music. Forró hails from the north-east of Brazil. Its dance, which becomes very different from region to region, is, according to the forrozeiros (fans of forró) “less competitive than salsa and less pedantic than tango”.

The music, traditionally based on the combination of three instruments, an accordion, a bass drum (zabumba) and a metal triangle, is influenced by African and European rhythms. However, forró has a unique style and technique, which make its incredibly popular and attractive.

With an intense programme of dance workshops, party nights, DJS and a number of shows and special guests, such as Del Feliz – The Voice Brazil, Zeu Azevedo and Os 3 do Nordeste, Forró London Festival will charm the city with its Brazilian aura.

Forró London Festival will take place from 25th until 28th February. More information can be found at forro.co.uk.